A glass sword which was carried during the opening of Manchester Town Hall more than 130 years ago has been returned to the city. 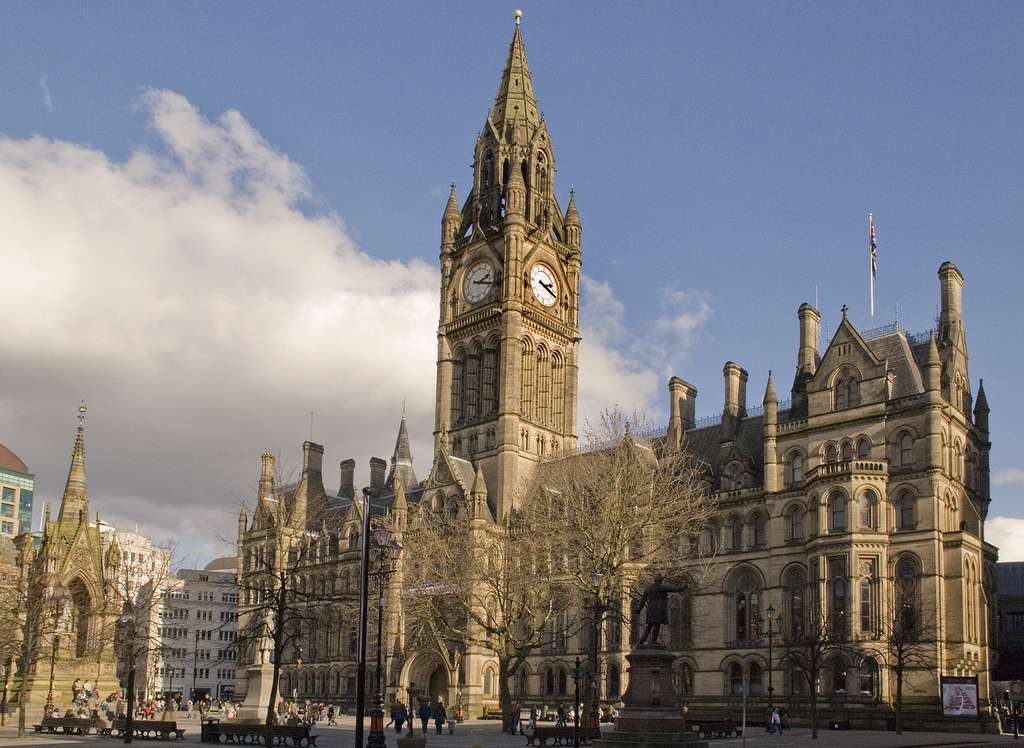 Janette Cox, a former Offerton resident who now lives in Australia, contacted Manchester City Council in a search for information about a glass sword that had been passed down through her family.
After investigating it is believed that the sword was carried in the Procession of Trades which marked the opening of Manchester Town Hall on 15 September 1877.

The procession saw approximately 50,000 tradesmen, representing 69 trades, march through Albert Square. Members of the procession carried specially made items celebrating their occupations. A first hand account of the day describes, “the flint glass cutters… armed with glass swords” – and it is one of these glass swords that Janette Cox inherited. 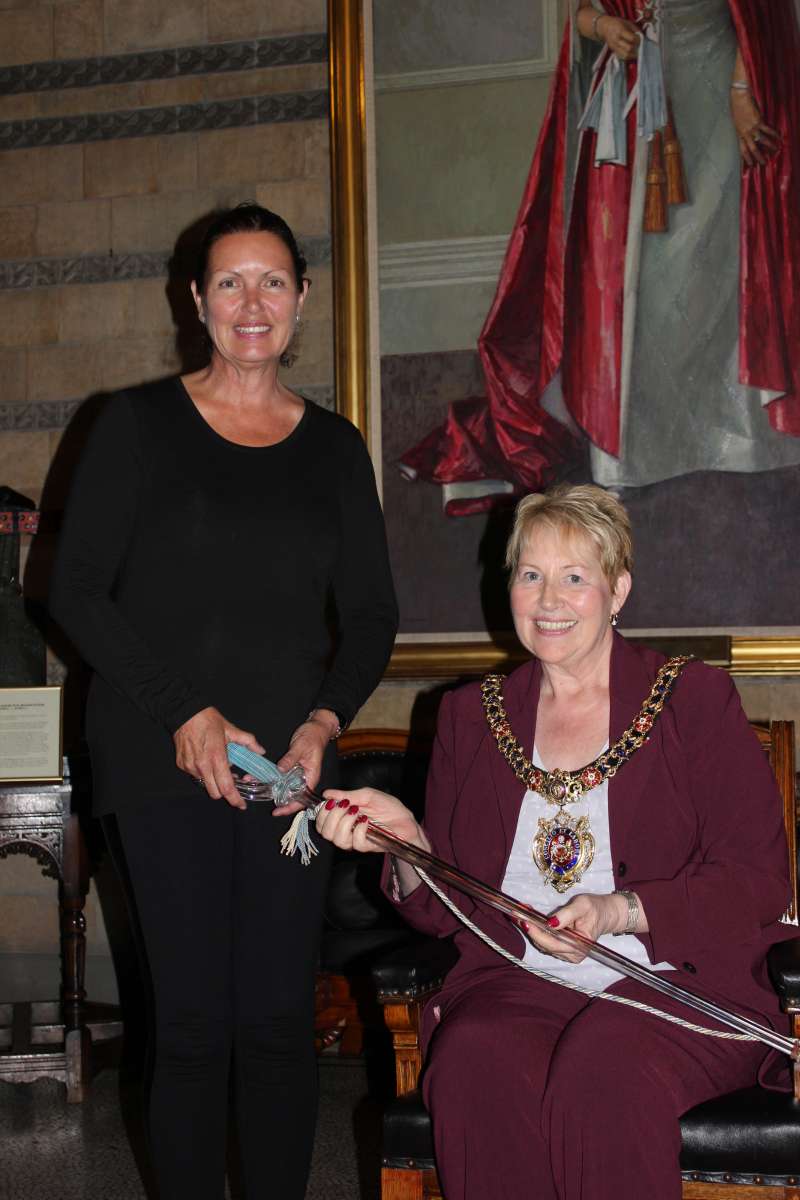 The sword has been passed down through generation of Janette’s family along with the story of its significant origin.

Janette’s father, Roy Bracewell,  worked for many years in the City Architect’s Department in the Town Hall Extension and emigrated to Australia when he was 80, taking the sword half way across the world.

On a recent trip to the UK Janette visited Manchester to see where her father had worked. During a meeting with the Lord Mayor of Manchester Councillor Sue Cooley Janette gifted the historic sword to the city on behalf of her father.

It is believed that the glass sword is the only item currently held by the City from the auspicious day when the town hall was opened. The sword is currently on display in Manchester Town Hall.

Lord Mayor of Manchester Councillor Sue Cooley said, “The journey this sword has taken is remarkable and it was a privilege to meet with Janette to hear the story first hand.

“It is in an incredibly generous gesture to donate an item that has clearly meant so much to Janette’s family for generations and I cannot thank her, and all those involved in preserving it, enough.

“The sword symbolises what a pivotal role Manchester Town Hall plays in the city and is a reminder of the sheer scale of spectacle the opening created over 130 year ago. It is a true honour to be able to display this heirloom for everyone to appreciate.”

“If anyone knows of any other artefacts dating back to the opening of the town hall please get in touch, I’d be fascinated to hear about them.”