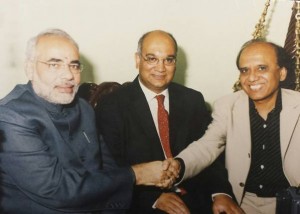 Mr Vaz, one of the senior leaders of the opposition Labour Party’s, said:

“The Indian people have spoken. This election marks a fresh start for India.  I would like to congratulate Mr Modi on his election victory, which is the largest the country has seen in decades.

“I am sure that as Prime Minister, Mr Modi will bring everyone, no matter what their political stance, together to continue to work towards India’s growing success and influence in the wider world.

“The UK has a very special relationship with India and I trust that our two Prime Ministers will work together to continue to maintain this strong bond.

I hope that the new Indian Prime Minister will work to engage with the large Indian diaspora we have here in the UK. My constituency has the largest Gujarati community in the United Kingdom and I hope that Mr Modi will find time to visit Leicester on his next visit to this country.”