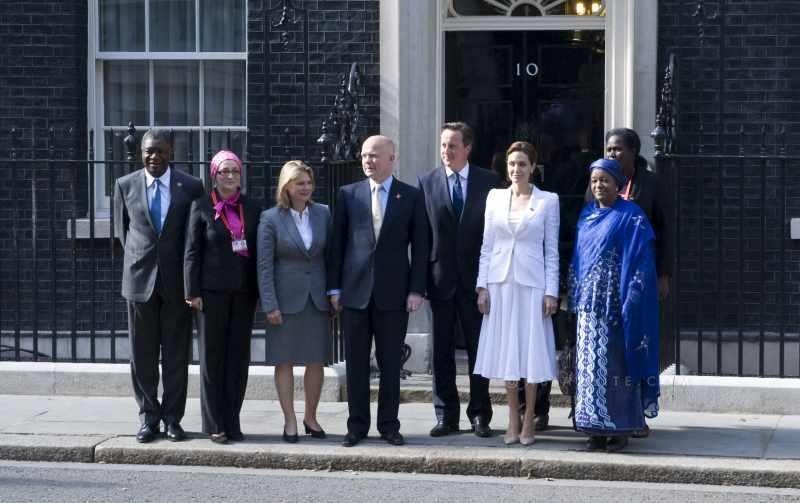 Talking at The Global Summit to End Sexual Violence in Conflict the actress said: “This is a very, very common circumstance, this is a sickness.”

Jolieadded: “Everywhere we go, it’s one of those things you can’t quite get your head around. Everybody has come together that is why this is such an unusual summit.”

The actress added: “It’s a rare thing. You go around the world and you see different people working on issues but you rarely see them in the same room working together.”

She described warzone sex crime as part of “a tide of injustice around the world”.

The four-day summit on sexual violence in war is being held in London and is being hosted by Jolie and UK Foreign Secretary William Hague.

The event – the largest-ever of its kind – is the result of an intense two-year campaign to raise awareness.

Ahead of the summit, Mr Hague said rape was one of the “great mass crimes” of modern times.

He added: “We have a remarkable opportunity over the next four days to build the momentum needed to tip the world past point of no return.”