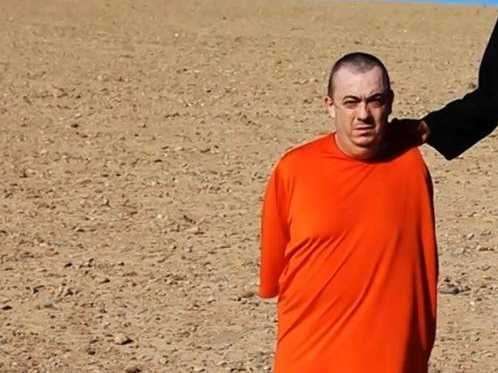 The wife of a British taxi driver kidnapped by the Islamic State (IS) Sunni extremist group last December Sunday asked the jihadis to show compassion and set him free.

Barbara, the wife of hostage Alan Henning, said her husband was driving an ambulance loaded with food and water at the time he was abducted in Syria, Xinhua quoted a communique issued by the British Foreign Office as saying.

The IS threatened to execute the 47-year-old in a videotape released a week ago.

Barbara Henning, who fears that the IS will behead her husband like they have done to three other hostages — two Americans and a Briton — in recent weeks, said that she had sent several messages to the jihadis but that she had not received any reply.

“Alan is a peaceful, selfless man who left his family and his job as a taxi driver in the UK to drive in a convoy all the way to Syria with his Muslim colleagues and friends to help those most in need,” she said in her message to the IS.

“This was an act of sheer compassion,” Barbara Henning emphasised, pleading with those holding her husband to contact her “before it is too late”.

In Britain, two Muslim clerics – Haitham al-Haddad and Shakeel Begg – have called for Henning’s release insisting that the taxi driver is a peaceful man.

Recently, the IS murdered another British hostage, David Haines, and the British government has said that those responsible for the killing will be hunted down and brought to justice no matter how long it takes.