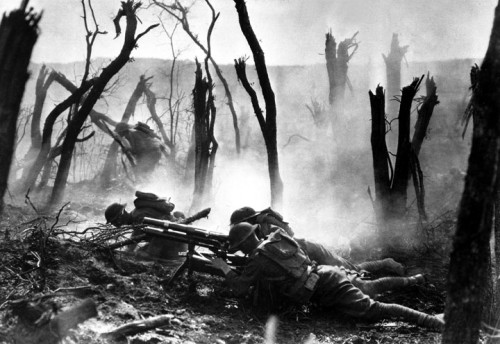 Soldiers sharing cigars, singing songs and walking together in no-man’s land on Christmas Day in 1914 are some of the scenes described in a letter written by a British general.

The letter, written by Gen. Walter Congreve to his wife on Christmas Day, details how the famous truce came about, BBC reported .

Gen. Congreve, who led the Rifles Brigade and was positioned at British headquarters near Neuve Chapelle, says it was the Germans who initiated the suspension in hostilities.

He describes the ceasefire as “an extraordinary state of affairs”.

“A German shouted out that they wanted a day’s truce and would one come out if he did,” the general wrote.

“Very cautiously one of our men lifted himself above the parapet and saw a German doing the same.

“Both got out, they have been walking about together all day giving each other cigars and singing songs.”

However, the general said that he himself had not joined the truce in case the Germans could not resist taking a shot at such a high-ranking officer.

The letter was given to Staffordshire County Council by the general’s family in the 1960s but was only unearthed, among hundreds of other documents, this year.

According to authorities, the letter would go on display until Christmas, either in the National Memorial Arboretum in Alrewas or at its record office in Stafford.

The Christmas truce was a series of widespread, unofficial ceasefires that took place along the Western Front during the First World War in 1914.

On Christmas Eve and Christmas Day, many soldiers from the British and the German sides as well as from French units, ventured into “no man’s land”, where they mingled, exchanging food and souvenirs.