Israeli lawmakers met at the Knesset (parliament) in Jerusalem on Tuesday to elect a new president. 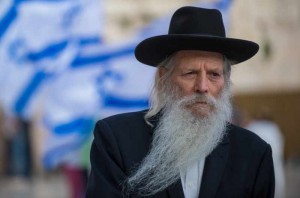 Members of parliament started voting at 11:00 a.m. in a secret ballot.

Incumbent President Shimon Peres, who has been in office since 2007, ends his term July 28.

On Saturday, a sixth candidate, Benjamin Ben Eliezer, a member of the Knesset for the Labour Party, withdrew from the race after he was interrogated by the police over charges of corruption, namely receiving bribe and evading tax payments.

A candidate needs to receive more than 60 votes (out of an overall 119 as one parliament member is abroad) in order to become president.

If no candidate receives such a majority of votes, there will be another round of polling between the two frontrunners.

The Knesset is the unicameral national legislature of Israel.

As the legislative branch of the Israeli government, the Knesset passes all laws, elects the president and prime minister, approves the cabinet, and supervises the work of the government.

It also has the power to remove the president from office, dissolve the government in a constructive vote of no confidence, and to dissolve itself and call new elections.