At least 49 people were killed Saturday when a Ukrainian military plane was shot down by pro-Russian separatists in the eastern city of Luhansk, the defence ministry said. 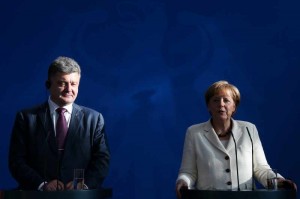 Ukrainian military spokesman Vladislav Seleznov said that all 49 military personnel on board the plane were killed, BBC reported.

A statement posted on the defence ministry’s website stated that the Il-76 transport plane crashed after coming under heavy firing over the eastern city.

The statement said that “terrorists” had “cynically and treacherously” fired on the aircraft.

The plane was carrying troops and military equipment and was about to land at the Luhansk airport.

The incident came less than a week after rebels launched a series of attacks on Ukrainian forces at Luhansk International Airport.

The airport has been under the control of government forces but the rebels hold most of the rest of the city.

Luhansk is one of the two main cities where pro-Russian separatists have declared independence from Kiev. The other being Donetsk.