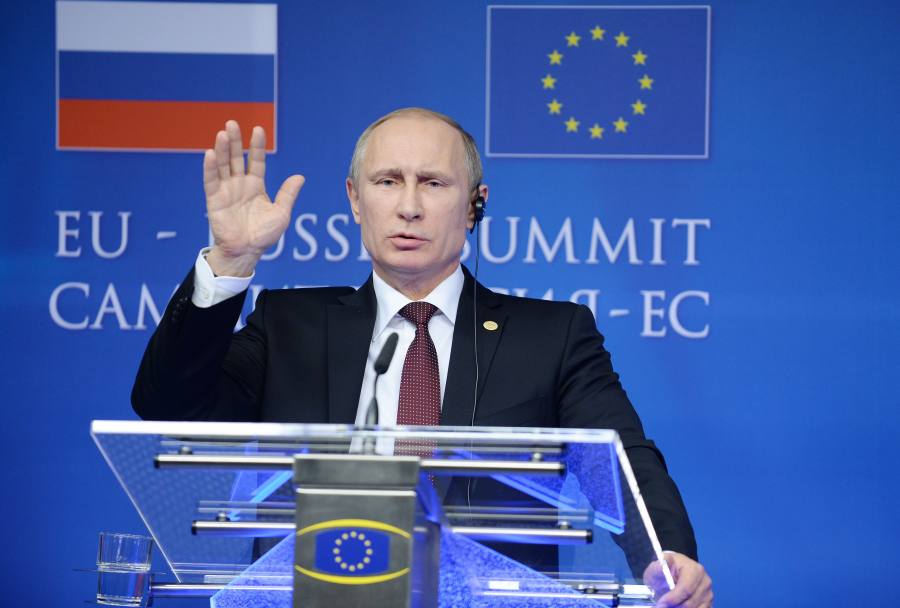 Hollande said he invited Putin “in consultation with partners” despite the Ukrainian crisis, Xinhua reported.

The D-Day or Normandy landings, codenamed Operation Neptune, were the largest seaborne operations conducted June 6, 1944, during World War II. The operation began the invasion of German-occupied western Europe which led to the restoration of the French Republic.

Ukrainian President-elect Petro Poroshenko would also attend the ceremony Friday, Hollande told a press conference after the first session of the Group of Seven (Canada, France, Germany, Italy, Japan, the UK and the US – G7) summit held in Brussels Wednesday.

During the session, the G7 leaders discussed the Ukraine crisis after former Ukrainian President Viktor Yanukovych was ousted in February and fled to Russia amid protests and ensuing clashes between the new government and armed activists in the eastern regions.

The US and the European Union (EU) have imposed travel bans and asset freezes on dozens of Russian and Crimean officials since Moscow took the Crimean peninsula after a controversial referendum in March.

Putin dismissed sanctions against his country over the Ukraine issue as counterproductive, saying the measures did not accord with international law.

Hollande warned that broader curbs would be taken if Moscow continued to take no action to ease regional tension.