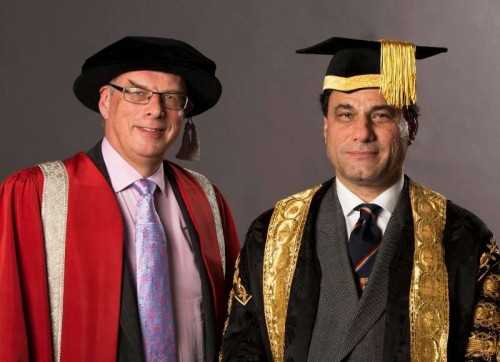 Student mobility is a proven means of building long-lasting relations between countries. There is no better opportunity for India and Britain to further this cause than now when our two countries mark the 400th year of direct relations.

As chancellor of the University of Birmingham, the most frequent question I am asked during my visits to India relates to Britain’s post-study work visa that allows students to work with a minimum salary threshold of 20,000 pounds a year. That’s a little under Rs.2 million.

In 2007 I led an initiative in the British parliament calling for a two-year post-graduate work visa for international students. I was certain this would prove to be an attractive proposition, especially for Indian students. It offered the opportunity to remain in Britain for two years after graduation and enabled international students work and earn some money to pay for their education.

This, indeed, worked very well. In the larger context, it continued to reinforce the bridges between our two countries. As an Indian student in Britain, there was also the prospect of building bridges for your country, enabling a third generation to be educated in the UK and paving the way for future generations in years to come. I myself was the third generation of my family to be educated in the United Kingdom, something that gave me a wonderful start in life.

However, many of the positive developments for international students have gone backwards – especially now that the two-year visa is no longer automatically granted upon graduating. The student has to get a job first, after satisfying the minimum salary threshold, and only then is one given a little time to find work. From my own experience, no Indian is going to stay on in Britain if he or she does not get work.

On the positive side, any graduate in the UK can expect to earn at least 20,000 pounds a year – which is below the average salary in the country. So in a way, when you actually get a job, the situation is even better than before. That is because you can now be entitled to a three-year visa, which is extendable by up to five-six years.

However, the absence of the term ‘Post Study Work Visa’ is off-putting to many Indian students, who do not realise technical terms such as ‘Tier Two’ – reverting to the old terminology would be a straightforward way to make the current arrangements more welcoming to Britain’s international students.

There is another issue, that of categorising students. Do we really want to call them immigrants? This is particularly important in the context of signals sent out by Britain with regard to immigration targets. The Government wants to reduce immigration by tens of thousands and bring down the net level to below 100,000. The figure now is more than 200,000 people.

The crux of the problem is that we continue to categorise international students as “immigrants”. They have to be taken out of this list to send out the signal that we don’t want to look at students as immigrants. In fact, we want to welcome them and increase the number of foreign students in Britain.

By all means, one must clamp down on illegal immigration and crack down on the bogus colleges. But Britain has more than 130 bona fide universities. We should actually be setting a target to increase the number of foreign students.

The Minister for Universities and Science, Greg Clark MP, with whose delegation I visited India earlier this month, has publicly said that the UK is going to increase the number of foreign students. It is the first time that I have heard anyone from the Government say this so publicly.

I would go further and say we want to double the number of Indian students by 2020. International students are one of Britain’s top 10 exports. This is no philanthropy. The economic benefit to the country is close to a $20 billion. This is not counting the cultural benefits to domestic students in Britain – by their interactions with their fellow learners from overseas, notably a nation as diverse as India.

Karan Bilimoria is a crossbench peer in Britain’s House of Lords. He is also a founding member of the Prime Minister of India’s Global Advisory Council and Chancellor of the University of Birmingham. The views expressed are personal.