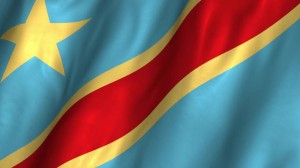 At least 15 people were killed and 30 injured in a stampede that occurred during a football match in Democratic Republic of Congo’s (DRC) capital city of Kinshasa, media reported Monday.

Fans in Kinshasa were outraged Sunday evening after their local team V.Club was getting defeated by a team from the eastern town of Lubumbashi in a playoff match, Xinhua reported.

They then started throwing stones and other objects on to the football pitch, forcing the referee to stop the game several times.

By the 90th minute, the score was still 1-0 before the referee added five minutes.

It is at this point that V.Club supporters threw more stones on to the pitch.

The referee was forced to blow the final whistle even before the end of normal time.

In the confusion that ensued, a section of the stadium wall collapsed and a gate broke down, resulting in the deaths and injuries.

A source from DRC Red Cross said Sunday night that the death toll could rise.

“The number of deaths will certainly rise. We believe at least 20 people died and over 100 were injured,” the source said.