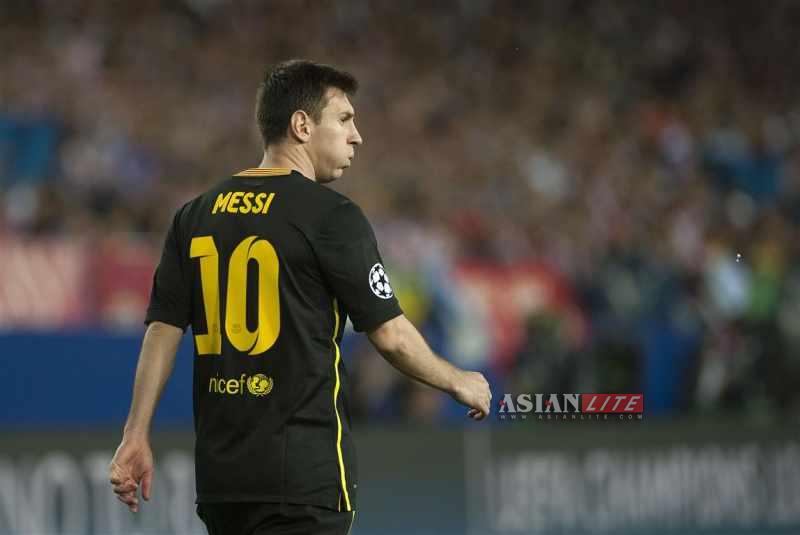 Two-time former champions Argentina, loaded with some of the world’s top stars, are the clear favourites in Group F while debutants Bosnia-Herzegovina will be looking to make an impact in the 2014 World Cup.

But the spotlight in the group will be on the star-studded Argentina. If they have to win their third World Cup title, a lot will depend on the quartet of Lionel Messi, Angel Di Maria, Sergio Aguero and Gonzalo Higuain.

Coach Alejandro Sabella has brought some stability in the side since he took over from Sergio Batista after the team’s dismal show in the Copa America in 2011. They had an easy qualifying campaign, beat Colombia at home, won both the matches against Chile and had comfortable home victories against Uruguay and Ecuador.

Sabella will be a newcomer in terms of World Cup experience but he has spent a long time as an assistant to Daniel Pasarella with the national team. So when he took over, Sabella’s first task was appointing Messi as the captain. It worked wonders for the Barcelona star. Messi, who had a dry spell in 16 matches before Sabella’s appointment, found his mojo and scored 20 goals in 21 games.

Messi, who had an unimpressive season with Barca, will be key to Argentina’s success. He has often been criticised for not replicating his Barca success with La Albiceleste. This is his chance to make the World Cup his own like Diego Maradona did in 1986.

Messi will be playing behind Manchester City’s Sergio Aguero and Napoli’s Gonzalo Higuain as Sabella is likely to go in with a more conservative 5-3-2 formation that he had used for away qualifying matches.

But the formation also offers little defensive protection, making it unbalanced and vulnerable. In fact, it is defence that is Argentina’s primary concern.

Goalkeeper Sergio Romero was forced to move back to Sampdoria after he struggled to get a single game for Monaco. Left-back Marcos Rojo, of Sporting, and Napoli centre-back Federico Fernandez also have little experience at the international level.

In 2010, the World Cup was remembered more for Diego Maradona’s theatrics as Argentina crashed out of the quarterfinals with a 0-4 thrashing by Germany. This time Argentina surely will have little distractions around.

Bosnia-Herzegovina are the debutants but they surely have some history to inspire. This was evident from their qualifying campaign during which they scored 30 goals and conceded just six. They were level on points with Greece, but advanced as group winners on the basis of a far superior goal difference.

Their key player will be Manchester City striker Edin Zeko, who will be pitted against his clubmates Aguero and Pablo Zabaleta in the group stages. Zeko is also the highest scorer for the country with 35 goals at the international level. Of those 35, 10 were scored during the World Cup qualifying campaign.

In the midfield, a lot will depend on playermaker Miralem Pjanic and at the back goalkeeper Asmir Begovic is solid. The 24-year-old Pjanic, who plays for Roma, is also excellent from dead-ball situations and Begovic stamped his authority as the country’s undisputed No.1 goalkeeper during the qualifying campaign.

Bosnia-Herzegovina might find Iran and Nigeria tough. Under Carlos Queiroz, Iran have one of the best trainers in world football. Iran did well in the Asian qualifying stage and finished ahead of South Korea.

Ever since he took over in 2011, following his sacking as the Portugal coach, Queiroz, a former assistant to Alex Ferguson and ex-Real Madrid coach, had infused young blood in the Iranian team.

With several Europe-based players in the side, Iran have a lot of top level international experience. For Ashkan Dejagah, who had represented Germany at the youth level, committing his future for his country of birth was an obvious choice after he failed to get a call for the German national team. For this Fulham striker it will be an opportunity to get noticed by top flight clubs after the London club were relegated to the Championship.

For Javad Nekounam, who will be leading the side, this would be his last World Cup. The former Osasuna midfielder, who turned 34 in September, is the fourth highest scorer for Iran and also emerged as the country’s top scorer in the qualifying campaign with six goals.

Another player to watch out for is Reza Ghoochannejhad, who spent his youth in the Netherlands. He was not prolific at Charlton Athletic but has been consistent while scoring for Iran. Since his international debut in October 2012, Ghoochannejhad scored nine times in his 11 appearances.

Nigeria also had a good qualifying campaign and can surely throw a few surprises. Manager Stephen Keshi had played for the Super Eagles in the World Cup and now he has a major challenge in hand. He made an instant impact on his appointment, guiding the team to the 2013 Africa Cup of Nations.

This time, the expectations will be high from Keshi and fans back home will expect the Super Eagles to repeat their show of 1994 and 1998 when they made the last 16. They have the perfect mix in highly talented goalkeeper Vincent Enyeama, who plays for Lille.

But the biggest star will be Chelsea midfielder John Mikel Obi. He may not be a regular starter for Chelsea under Jose Mourinho but for Nigeria he is surely their best bet. Another player who could raise a few eyebrows will be centre forward Emmanuel Emenike. He was also Nigeria’s leading goalscorer in the qualifying campaign.