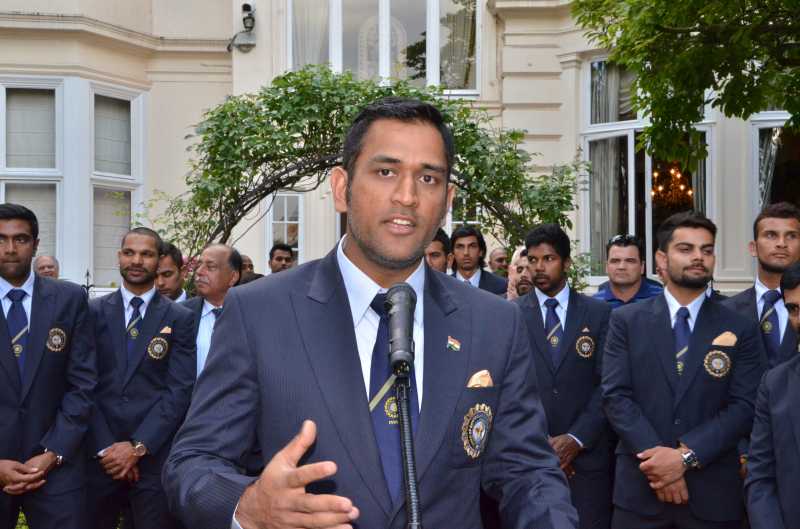 And Caesar said to Mark Anthony: Let me have men about me that are fat. Sleek-headed men and such as sleep a-nights. Yon Cassius has a lean and hungry look, such men are dangerous.

He clearly did not have India’s cricket team in mind. For when they are lean and hungry they perform better and are a darn sight more dangerous. But fat and sleek and worthy, a bit doubtful there.

When the smelly stuff hits the fan Indian supporters seek refuge in the fact that it isn’t really the Indian team per se but the BCCI XI, a private body that has, by convention, usurped the role of national representation and now masquerades as the flag bearer. Over the years the BCCI has been so well fed that it is now a bully boy on the cricket front and capable of great harm and unilateral exercise of power. And no one dares to ask, why are you chaps so powerful seeing as how you are making a right royal dog’s breakfast of your job.

If it wasn’t all so tragic after that afternoon wipe-out at Old Trafford it would be funny. The same film runs in monotonous loops. New player, full of vim and vigour, aspirational and ready to die for his country. A half a dozen splendid innings, paeans of praise poured like treacle by the pantheon of Indian media pundits and columnists followed by a swift and overwhelming drenching of wealth and fame. In a few months the transition from skinny little kid on a bike to dark glasses behind an upmarket car, parties, alcohol, groupies and a biz class upgrade from a sleeper coach on a train is complete, all of which make cricket secondary.

The Indian affection for placing these boys on a pedestal is legendary. From an unknown entity to Chief Guest at 20 years and holding opinions on the arts and sciences that are copiously quoted in the media, those first six innings can be bled for three or four years even as dedication and ability wither on the vine.

As the performance droop but is not yet noticed along come a battery of sponsors clutching lucrative contracts for branding in their hands. In bittersweet paradox, Indian endorsement offers a cascade of goodies for these awestruck boys in Wonderland.

The fat begins to kick in mentally, a nice big juicy marble slab on the steak.

And then it is one good game every now and again to prop up the cardboard travesty that potential player has become. You want a list. I’ll give it to you. Top of my list Virat Kolhi destroyed by pelf and a certain arrogance that is now just a dented fender. As dangerous as a butterfly…Gautam Gambhir. The mean looking Shikar Dhawan now showing the soles of his feet on TV (why they insist on taking these shots of feet on railings in the telecasts is worthy of a thesis) after a doughty 16 runs in 54 balls. Remember the indomitable Virender Sehwag? What happened to Rohit Sharma, Pujara, the deep Indian batting. Recall Yousuf Pathan, now he cannot hang in there for a Twenty 20. Even Dhoni is witnessed struggling behind his oriental inscrutability pulling out runs like a lady plucking her eyebrows. Painful to watch.

India’s bowlers are collectively below par. They waffle about hoping to get lucky so that is why India relies most on Ishant Sharma…you have to jest.

Where are the training programmes, the performance to payment clauses, the army of scouts looking for raw talent so they can corrupt it. The need to protect and nurture these youngsters?

There is new grist for the mill. Led by Ajinkya Rahane and newcomer Sanju Sampson a slew of youngsters are now primed for the ‘kill.’ Don’t worry, if history is an indication they will fatten themselves up.

You ask me as we totter into the last act against England with the odds in favour of another collapse there should be a ban on all endorsements and advertising for 5 years if you want to wear the Indian national colours.

There is no other way.