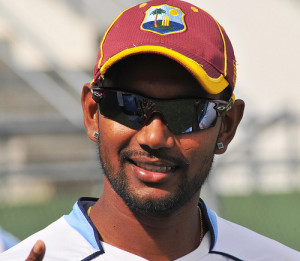 New West Indies Test captain Denesh Ramdin has promised to bring a “level of calmness” to the position, when he takes over for the New Zealand tour starting next month.

The 29-year-old wicketkeeper, who has led Trinidad and Tobago in recent years, was on Friday named to replace Darren Sammy who led the regional team since November 2010, reports Xinhua.

“I am taking over from Darren who did a good job while he was at the helm. He is a very humble and hardworking cricketer and during his time at the helm we won (eight) matches and gave his all to the job,” said Ramdin.

“My first assignment will be against New Zealand at home and this promises to be a very exciting series. I am a very calm individual and I will bring that level of calmness to the job and to the team as we look to move forward and build a winning Test team which will make the people of the West Indies proud.”

Ramdin has already captained West Indies in one One-Day International and three Twenty20s, but has never led the squad in a Test. He has, however, served as vice-captain on several occasions and comes to the role with significant knowledge.

He averages 27 from 56 Tests with four centuries – the highest being 166 against England five years ago in Barbados. Ramdin’s glovework remains his outstanding quality, and has taken 156 catches and pulled off five stumpings.

Sammy, who is currently plying his trade in the Indian Premier League (IPL), offered his support to Ramdin on the appointment via online social network, Twitter.

“Congratulations to Ramdin on being named Test captain. God’s speed brother as you look to take us forward. Thanks to all for the support,” Sammy tweeted.

New Zealand’s tour of the Caribbean bowls off with the first Test in Jamaica June 8.