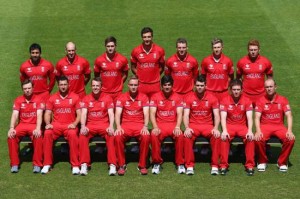 ECB today announced the full international programme for the summer of 2015 which will see England host tours by New Zealand and Australia.

Cardiff’s SWALEC stadium will host the opening Investec Ashes Test Match of the five-match series as it did in 2009 when England’s last pair James Anderson and Monty Panesar clung on for a famous draw on the final day of a gripping Ashes encounter.

After the Ashes, England and Australia will do battle again in a NatWest IT20 at Cardiff’s SWALEC stadium before the international season reaches its climax in September with The Ageas Bowl, Lord’s, Emirates Old Trafford and Headingley hosting matches in the Royal London One-Day International series.

New Zealand’s tour of England will begin in May with tour matches against Somerset and Worcestershire before the two countries meet in the opening international action of the summer – the 1st Investec Test Match at Lords.

Headingley will stage the second Investec Test Match of the two-match series against the Black Caps before the focus shifts to the Royal London One-Day International series with Edgbaston, The Kia Oval, The Ageas Bowl, Trent Bridge and Emirates Durham ICG all staging ODIs and Emirates Old Trafford hosting a NatWest IT20.