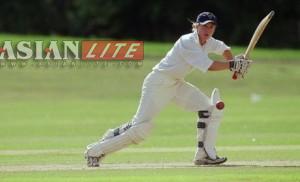 Clare Connor, ECB’s Head of Women’s Cricket and Chair of the ICC Women’s Committee, said: “There has been a lot of misleading and as yet unsubstantiated information around how far advanced the proposed WICL is.  I stress that from an ECB perspective this competition is not on our agenda.

“The immediate focus for international women’s cricket is the ICC International Women’s Championship, which the ICC Board approved in January.  For the first time ever, the top eight ranked women’s teams in the world will play each other in a bi-lateral competition, with results determining qualification for the 2017 ICC Women’s World Cup.  This is a real game changer for the women’s game.

“ICC and its members do not recognise privately owned tournaments or leagues in the men’s or women’s game.  The ICC and the members have made significant investment into women’s cricket over the ten years to create a commercially viable product.  In particular there is recognition that a Women’s World Twenty20 every two years will be the vehicle through which to build commercial investment in the women’s game, and it is for the ICC and the members to capitalise on this and take it forward.

“Any Twenty20 tournament that features the best players in the world outside ICC competitions would need to be run and controlled by one of the full members, as opposed to by a private operator.”

Giles Clarke, the ECB Chairman added: “Put simply there is no support or interest for this proposed event.  Women’s cricket has made enormous strides in recent years with great investment in the game from the grassroots to the international level.  At the same time, thanks to the ICC global events and member investment, we have seen new and exciting players emerge on the world stage.  This has to be the continued route for the women’s game, not a privately run competition.”