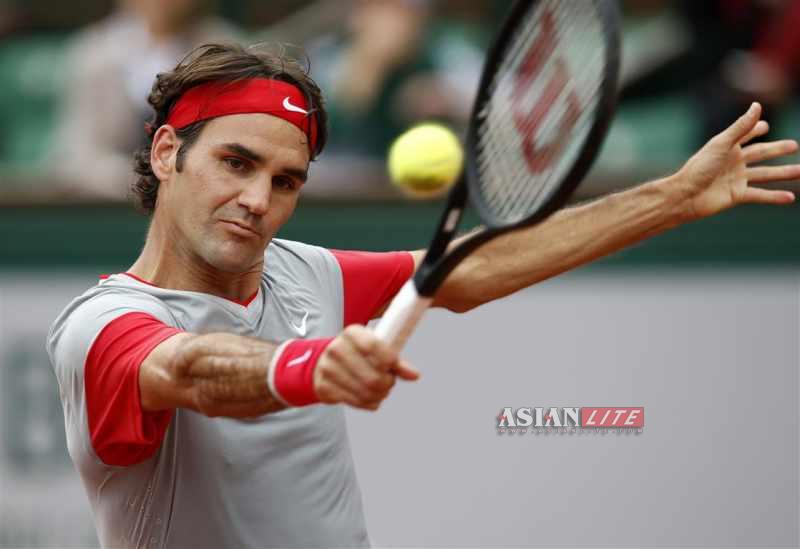 Fourth seed Roger Federer advanced to the second round of the French Open with a 6-2, 6-4, 6-2 win over Lukas Lacko Sunday.

On a court made hard and damp by days of rain and overcast skies, Federer played a game of efficiency to win five of his 11 break points.

“I am happy I got off to a good start of the tournament here in Paris. I was happy seeing, getting early signs out of the match that I was actually playing well and I was going to get my chances I was looking for,” Federer said.

“I wasn’t nervous actually going into the match. It’s more just like those hints of fear, maybe yesterday, maybe this morning at one point, just for like five seconds, ‘Oh, I really hope I don’t have to pack my bags today,’ that kind of feeling.”

Raonic was delighted with his performance.

“I was able to do the things I wanted to do. Sort of the first round you go in not knowing exactly how things are going to play out, and I was able to, when it mattered, put forward the right attitude and the right level of tennis,” Raonic said.

At the women’s draw, Serena Williams beat 138th-ranked Alize Lim of France 6-2, 6-1 to begin the defence of her French Open title.

Williams wound up the game with 30 more winners — but also 24 more unforced errors — than Lim.

Still, there was a bit of shakiness from the 32-year-old American as she served out the final game, erasing four break points and needing five match points to close things. Williams saved all seven break points she faced in the match.

Third-seeded Agnieszka Radwanska beat Zhang Shuai 6-3, 6-0 to reach the next round.

They traded breaks in the opening seven games of their match, but the third-seeded Pole finally held and won the final nine games to become the first player to reach the second round at the French Open.

“So many breaks in a row,” said Radwanska, who blamed her struggles on the wet court on an overcast day at Roland Garros.