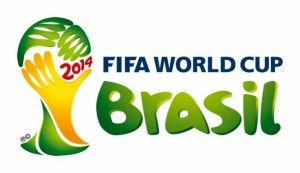 FIFA secretary general Jerome Valcke has denied claims that football fans may face security threats during the World Cup in Brazil, asking them to enjoy their time in Brazil.

Reports have cited rising street crime and civil unrest which can be a concern for fans attending the June 12-July 13 tournament, reports Xinhua.

Valcke urged travelling supporters not to let safety fears detract them from the excitement of the World Cup.

“Security is an issue everywhere in the world. It also depends on the way you behave. Make sure that you just enjoy Brazil as Brazil is. If you are told in certain cities that you should not walk in certain zones, you should follow that. There are zones and parts of cities where you don’t go. It’s not only in Brazil, all over the world it’s like this,” Valcke said in an interview to FIFA.com Monday.

According to official figures, there were 37,412 muggings here in 2013, up by 19 percent from 2012. Brazil’s image has been further tarnished by recent clashes between police and drug traffickers in slums and sometimes violent anti-government protests that began during the Confederations Cup last June.

Valcke said FIFA has done all it can to guarantee fan safety in each of Brazil’s 12 World Cup host cities.

“The security in and around the stadiums is no issue. Everything is organised here, the same goes for the fan fests. It’s a time to enjoy yourself. The security in general is good. Brazil is regularly organising major events. You are a guest of the country and you should always respect the country where you are,” he said.

Despite ongoing construction work at three World Cup stadiums, Valcke insists the country will be ready before the first match between Brazil and Croatia in Sao Paulo June 12.

“We will do our homework, installing all our systems in the stadiums. That’s also an important part of the structure of a World Cup. You feel that the competition is coming, so there is an excitement,” Valcke said.