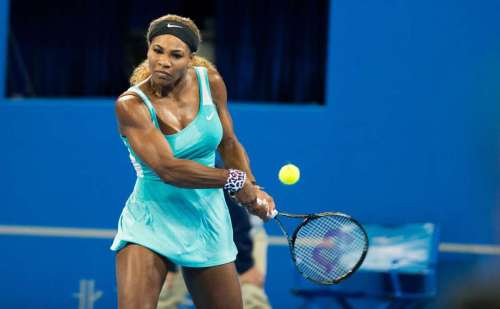 Defending champion Serena Williams announced  her withdrawal from the China Open due to injury.

Williams rallied for a three-set victory over Lucie Safarova Thursday night, but she claimed that the knee injury was with her throughout the match, reports Xinhua.

“Well, it throbs just sitting, standing. I felt it mostly serving because I’m landing on my left knee. That was really killer for me,” she said.

“So as a defending champion, you always want to do your best to defend your title. So more than anything, it’s extremely frustrating. You know, I wanted to be here. To come all this way and not to take the title, it’s just a waste”.

Williams’ participation in the WTA Finals to be held in Singapore is in doubt as well.

“If I feel this way for Singapore, I don’t think it’s smart for me to play. Other than that, I’m just going to see how it goes,” she said.

Williams’ withdrawal means her opponent Samantha Stosur in quarter-finals will advance to the semi-finals against Petra Kvitova.