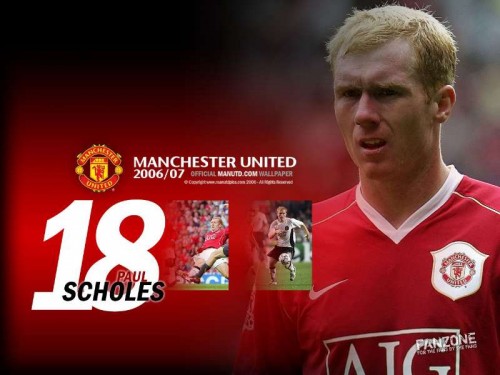 Former Manchester United midfielder Paul Scholes has spoken of his belief that Manchester City presently have better youth academy facilities than his former team, which is the cause of extreme worry for him as a fan.

“Thirty years on, and the picture in Manchester is very different and, as a United fan, it worries me. Trying to look at it from a neutral perspective I have to say that what City have achieved is impressive,” Scholes wrote in a column for The Independent Friday.

“Their impact on the youth scene in Manchester began long before the opening of their City Football Academy this week, an event which seems to have generated more publicity in some quarters than the arrival of Christmas itself.”

He also said that players of his generation would have chosen United irrespective of persuasions or offers when they were kids, if they were given a option to play for either City or United.

“When I was a kid, it was the case among the lads I played football with that if Manchester United wanted to sign you then joining Manchester City was not even a consideration. United did not have to persuade or offer inducements. We would have walked there ourselves,” he said.

The diminutive midfielder said that City ave been accurate in their policy of developing young footballers.

“Producing young footballers is a very difficult process. Clearly, City feel that if they can produce just a handful of first-team players from their new 200 million pounds academy it will have been worth the investment, and surely that is right,” wrote the 40 year old.