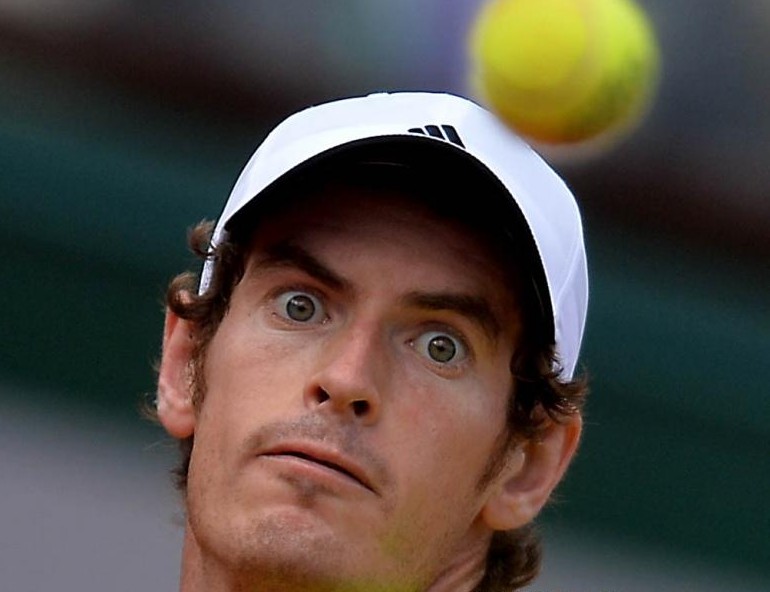 Top-ranked Rafael Nadal set up a semifinal clash with Andy Murray after he came back from one set down to beat fifth seed David Ferrer in the French Open Wednesday.

In a repeat of last year’s French Open final, Nadal showed his determination to win his ninth title at Roland Garros as he beat Ferrer 4-6, 6-4, 6-0, 6-1, Xinhua reported.

From late in the second set, Nadal, who turned 28 Tuesday, won 10 games in a row, and 13 of 14 the rest of the way, to dismantle Ferrer, who won their last encounter.

“At the beginning, David was playing with a higher intensity than me,” said Nadal.

“When I was able to hit with my forehand,” Nadal said. “I felt that I was in control,” he said.

The win improved Nadal’s record at the event to 64-1. His only loss at the tournament came to Robin Soderling in the fourth round in 2009, paving the way for Roger Federer to win his lone French Open title.

The other men’s semifinal pits No. 2 Novak Djokovic against No. 18 Ernests Gulbis.

In the women’s draw, No. 4 Simona Halep of Romania continued her superb momentum with a 6-2, 6-2 win over 2009 champion Svetlana Kuznetsova.

This marks the first time for both Halep and Petkovic to reach the semifinals of a Grand Slam, and one of them will surely advance to the final.

The other women’s semifinal will be played between 2012 champion Maria Sharapova and 18th-seeded Eugenie Bouchard of Canada.