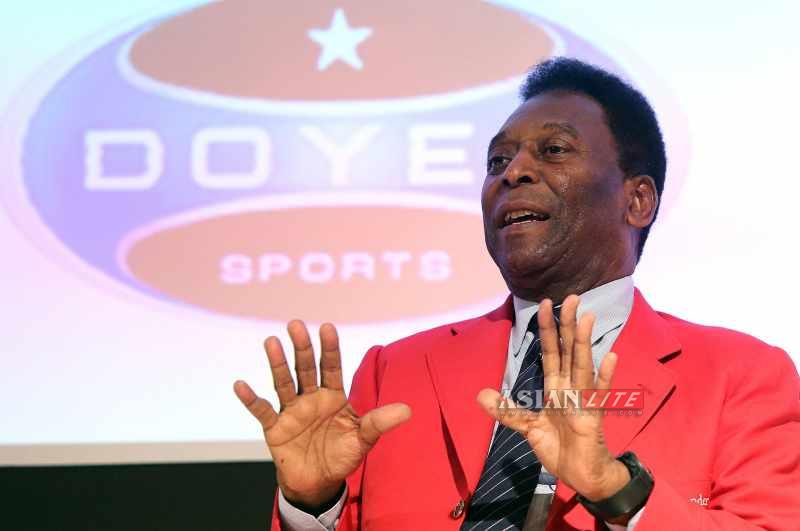 The son of the Brazilian football legend Pele has been sentenced to 33 years in jail for laundering money raised from drug trafficking, BBC reported.

Edinho is a retired footballer who played goalkeeper for Pele’s old club, Santos, in the 1990s.

He was first arrested in 2005 and has served a sentence for drug trafficking offences and links with a notorious drug dealer in the city of Santos.

He says he is a drug addict but denies the trafficking charges.

The ruling was issued by a judge in the nearby coastal city of Praia Grande, in Sao Paulo state.

Brazilian media have not been able to contact Edinho, whose real name is Edson Cholbi do Nascimento, but they say he is expected to appeal.

Edinho, 43, works as a goalkeeping coach at Santos.

Pele, or Edson Arantes do Nascimento, played all his professional career in Brazil for Santos.

Playing for Brazil, he won the World Cup in 1958, 1962 and 1970 and was acclaimed as the greatest footballer of his generation.

He retired in 1974, but made a comeback a year later for New York Cosmos.

Edinho is Pele’s third son from his first marriage. He was five when the family moved to New York to play for Cosmos.

When he returned to Brazil he decided to pursue a career in professional football – as a goalkeeper, much to his father’s surprise.

He was Santos’ goalkeeper in 1995 when the team reached the Brazilian league final, losing the title to Botafogo.

His detention and alleged involvement with drug gangs took most people in Brazil by surprise.

“God willing, justice will be done. There is not a shred of evidence against my son,” he said in 2006.

Edinho said that his father was his idol.

Four other people have also been convicted for many laundering, including a man accused of controlling much of the drug trafficking in the region – Ronaldo Duarte Barsotti, known as Naldinho.