London’s The Sunday Times newspaper in a 12 page splash exposed the secret payments that helped Qatar to win the World Cup bid. 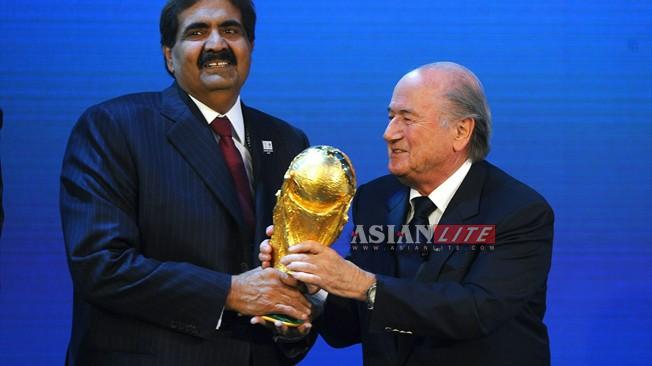 The Sunday Times said it got millions of documents linking Qatar’s shady deal to bag the 2022 game. The files expose how Qatar’s astonishing victory in the race to secure the right to host the 2022 tournament was sealed by a covert campaign by Mohamed bin Hammam, the country’s top football official.

The Qatari vice-president of Fifa, the governing body of world football, used secret slush funds to make dozens of payments totalling more than $5m to senior football officials to create a groundswell of support for Qatar’s plan to take world football by storm. The newspaper said it will expose how Bin Hammam exploited his position at the heart of world football to help to secure from the key members of Fifa’s 24-man ruling committee the votes that Qatar needed to win.

The files, compiled by analysing an electronic database of hundreds of millions of emails, accounts and other documents, unlock the mystery of how a tiny desert state with no football infrastructure won the right to host the world’s biggest sporting tournament. This week they reveal how Bin Hammam:

This weekend football chiefs, politicians and anti-corruption experts called for the competition for the 2022 World Cup to be rerun. Alexandra Wrage, a former member of Fifa’s independent governance committee, said the evidence was a “smoking gun”.

John Whittingdale, chairman of the Commons culture committee, said: “There is now an overwhelming case that the decision as to where the World Cup should be held in 2022 should be run again.”

The disclosures come as the Qatar 2022 bid committee is facing a showdown with Fifa’s top investigator, Michael Garcia, in Oman. Sources say Garcia will interview the Qatar bid committee face to face for the first time during his two-year investigation into alleged corruption in the bidding contests for the 2018 and 2022 World Cups.

It is understood Garcia has no plans to interview Bin Hammam because the official Qatar bid committee has always insisted he is an “entirely separate” individual who had nothing to do with the campaign to bring the World Cup to Doha.

The bid committee was quick to disown Bin Hammam publicly when he was banned from world football in 2011 after being caught bribing voters in his attempt to be elected Fifa president.

However, the leaked documents show close contact with the leaders of the Qatar bid, arranging a lavish junket paid for by the 2022 team at which he offered football officials large payments in exchange for their support.

Fifa’s rules ban bid committees, or any of their associates, from “providing to Fifa or any representative of Fifa … any monetary gifts [or] any kind of personal advantage that could give even the impression of exerting influence, or conflict of interest, either directly or indirectly, in connection with the bidding process … and any benefit, opportunity, promise, remuneration or service to any such individuals, in connection with the bidding process”. 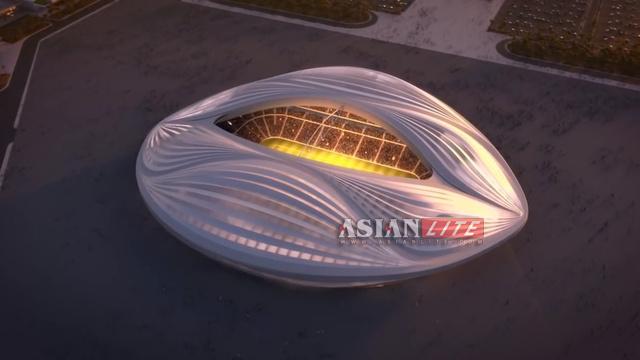 The revelations threaten to engulf Fifa as it prepares to gather for its annual congress in Brazil on June 10 ahead of the World Cup.

Facing pressure to rerun the bid, Sepp Blatter, the Fifa president, admitted last month that it had been a “mistake” to hand the tournament to Qatar after Fifa’s technical assessors had said a Doha World Cup would be “high risk” because the searing desert temperatures of up to 50C could be harmful to the players.

The files show Bin Hammam sought to secure support from the African voters, lobbying them on junkets at which he showered them with gifts, lucrative benefits, private jet travel and extraordinary hospitality.

Emails, faxes, accounts and dozens of bank transfer slips show he bought support across the continent by handing out hundreds of thousands of pounds in cash to African football officials and

making payments directly into their personal bank accounts. The money was paid from a series of slush funds controlled by his Kemco construction company, including his own and his daughter’s bank accounts.

Buying support across Africa was central to Bin Hammam’s strategy because the members of CAF exerted collective influence over how its block of four Exco members should vote. Several of the officials he paid held seats on CAF’s ruling executive committee and another nine currently sit on standing committees of the Fifa executive.

The files reveal that Bin Hammam hosted three of the key African voters and 35 other football officials on a junket in Doha in December 2009 which was bankrolled by the Qatar bid.

Email correspondence with some of the football officials afterwards reveals that he lobbied them to support the World Cup bid in exchange for large payments.