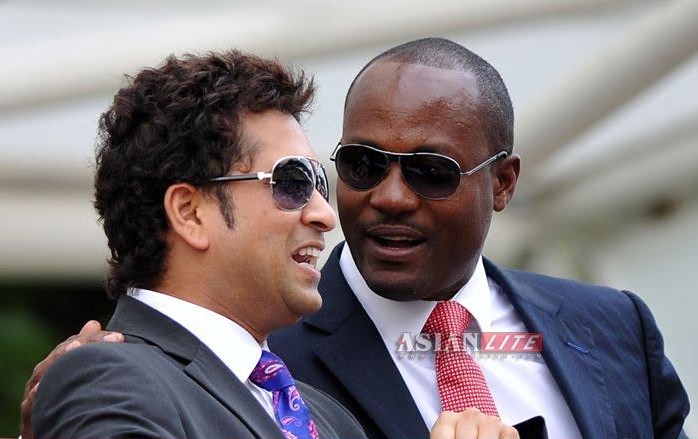 Lara, 45, the former West Indies captain, will play alongside MCC captain and fellow all-time batting great Tendulkar in the 50-over match.

“It will be fantastic to play at such an iconic place on such a special occasion,” said Lara.

Barbados and West Indies pacer Tino Best is the final name added to a Rest of the World side captained by spinner Shane Warne.

The Australia legend, who took 19 wickets in four Tests at Lord’s, will be joined by former England batsman Kevin Petersen, along with Sri Lanka’s Muttiah Muralitharan and Pakistan’s Shahid Afridi in the Rest of the World XI.

“Lord’s is such a special place to play cricket,” said Tendulkar, who scored a record 34,357 runs in 664 international matches.

“And I am very much looking forward to helping celebrate its bicentenary by taking part in this match.”