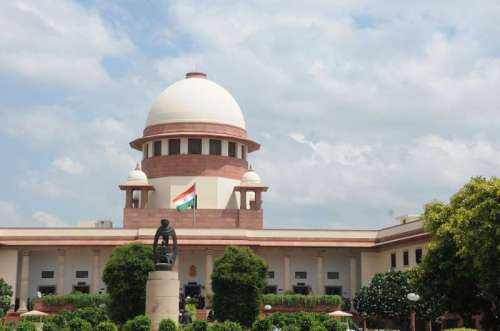 The Supreme Court  allowed the Indian cricket board to postpone its Annual General Meeting (AGM) and elections till Jan 31, 2015, as it was still hearing the plea into the allegations of conflict of interest and betting involving board president N. Srinivasan and his son-in-law Gurunath Meiyapan.

An apex court bench of Justice T.S Thakur and Justice Fakkir Mohamed Ibrahim Kalifulla allowed the postponement of the AGM and the election of the office-bearers saying that it was in the process of hearing the matter which will take some more time.

“Thus we direct that the holding of the AGM and the election of office bearers stands postponed till January end, 2015,” the court said.

The holding of the AGM and the election of the office bears including BCCI president was slated to be held Dec 17.

The court passed the order on the plea of the board which said that under its rules it could postpone the holding of the AGM and the election of the office bearers till December 31, 2014, and beyond that it would require the order of the court.

Senior counsel C.A. Sundram who appeared for the BCCI urged the court to pass the order and adjourn the hearing on the Public Interest Litigation (PIL) raised by Cricket Association of Bihar (CAB) till Dec 15.

CAB has sought the ouster of Srinivasan as the board president on the grounds of conflict of interest, being the president of the cricketing body and also the owner of IPL franchisee Chennai Super Kings (CSK).

The PIL is also seeking the cancellation of CSK on the ground of ‘team official’ Meiyappan’s alleged involvement in betting.

Earlier, N. Srinivasan, the board’s sidelined chief, told the court that if he is re-elected, he would stay away from the Indian Premier League (IPL) governing council meeting or any meeting of the board relating to IPL till a proposed committee decides on the larger question of conflict of interest in the affairs of cricketing body including his role as the board chief and the owner of CSK.

Srinivasan is the vice-chairman and the managing director of India Cement Limited that owns CSK.

Responding to a poser from the court Tuesday, senior counsel Kapil Sibal told the court that Srinivasan would stay away from the governing council and its activities and also from the Board of Control for Cricket in India (BCCI) meetings related to the IPL.

Sibal said: “Mr N. Srinivasan further undertakes that if he is elected as president of BCCI, till the (proposed) committee suggests the procedure to deal with the issue of conflict of interest, he will not attend any IPL governing council meeting or any other IPL related discussion in any meeting of working committee or general body meeting of the BCCI.”

This the court was told in a note on the scope of reference of the committee to be appointed by the apex court or the BCCI into the question of conflict of interest. The note said the committee could suggest “the sanctions to be imposed, in accordance with the applicable IPL rules on person prima facie found to be involved in the act of backing by the Mudgal Committee.”

The committee may also determine the liability of the franchisees for the act of backing by their “team officials and to suggest the consequential sanctions that can be imposed on them in accordance with the IPL rules”.

Opposing the plea by the CAB seeking the cancellation of CSK, Sibal told the court that for betting under the board’s Anti-Corruption Code a person may be suspended for minimum two years or maximum of five years.

He told the court saying that anti-corruption code of BCCI was applicable to players, coaches, umpires and other who are nationally accredited and have represented Indian cricket overseas.

Brushing aside Sibal’s defence as “technical” Justice Kalifulla asked Sibal to read other provisions of the anti-corruption code.

Defending the BCCI rules regarding the conflict of interest, C.A Sundaram, appearing for the board, told the court the “question is while discharging function under these rules whether there was a malafide or unfair act. He said that if there was no malafide or unfair action in discharge of its functions then court should not intervene.”

The court was also apparently displeased with India Cements Limited’s counsel Mahesh Jethmalani’s submission that Meiyappan might be betting from his home and hence could not be held responsible for his conduct at his home.

“Then you may have to see that such people are not around you,” Justice Thakur told Jethmalani, clearly unimpressed by the submission.