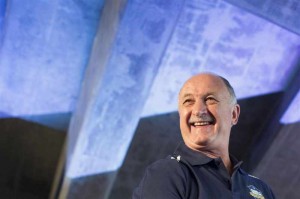 Scolari is being investigated for tax fraud after allegedly failing to declare seven million euros of income.

The attorney general’s office in Brazil (PGR) confirmed Wednesday it had agreed to cooperate with its Portuguese counterpart, reported Xinhua.

No further details were given by the PGR due to the “confidential” nature of the investigation.

The probe focuses on Scolari’s time as a Portuguese resident from 2003 to 2008, when he coached the country’s national team.

Earlier, the Brazilian released a statement refuting the claims.

“I always declared my earnings in all the countries I worked in,” Scolari said. “I am absolutely convinced of the correctness of my declarations. If there is something wrong, it is not of my doing.”

Scolari could face a prison term of up to 17 years if found guilty.