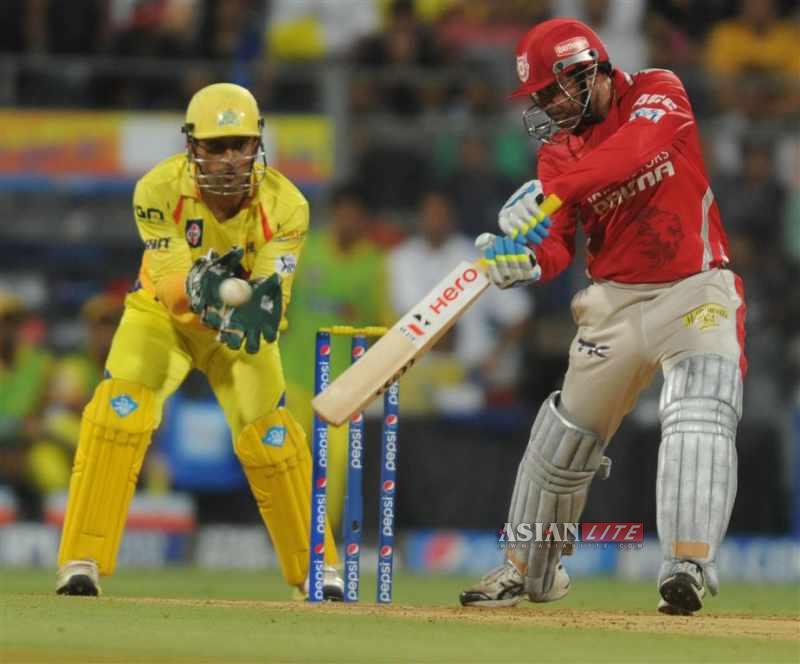 Virender Sehwag Friday showed his class when it mattered the most as he struck a magnificent century to script Kings XI Punjab’s 24-run win over Chennai Super Kings to make their maiden IPL final where they will face Kolkata Knight Riders.

For Kings XI Punjab what made the win memorable was that it was their third consecutive win over Super Kings this season and defending a total of more that 200 on all the three ocassions.

Kings XI Punjab looked like a determined lot after having lost the Qualifier 1 to Knight Riders. They put on a comprenshive bating display with Sehwag leading the way with a scntillating 122 off just 58 balls to take Kings XI to a mamoth 226 for six in 20 overs.

It was a typical Sehwag innings without much footwork but crisp timing. Sehwag smashed 12 fours and eight sixes during his whirlwind knock.

Sehwag, who highest so far was a 72 this season, and Manan Vohra (34) put on a 110-run stand for the first win. Vohra remained a mute spectator allowing Sehwag to all the scoring.

Glenn Maxwell made (13) and David Miller came up with a cameo of 19-ball 38 hitting five fours and a six top push the score further.

While chasing, Super Kings also put on a superb show but fell short of 24 runs as they manged 202 for seven in 20 overs.

It was Suresh Raina’s 25-ball 87 that raised hopes of Super Kings win. Super Kings made a poor start losing openers Dwayne Smith (7) and Faf du Plesis early but some powerful hitting by Raina saw the team’s 100 coming up in just six overs.

Raina looked in his elements hitting 12 fours and six sixes. He was severe on Parwinder Awana as the pacer leaked 33 runs from the sixth over.

But all hopes of a Super Kings win were dashed as the southpaw lost his wicket while attempting a tight single and a direct hit from George Bailey found him short of crease.

Dhoni tried the rescue act with an unbeaten 31-ball 42 hitting three fours and a three sixes, but it came too late.

Dhoni admitted that the turning point was Raina’s dismissal.

“I think definitely it was something we could have achieved, the reason being suresh the way he batted, I think in the middle overs there was some very irresponsible cricket by some of the most experienced international cricketers, so I think definitely we need to have a look,” he said.

Dhoni, however, feels that the team did well this year.

“One of the facts is one of our retained players, we lost at the start itself, but we still made the playoffs, we did really well in the tournament. I had belief in my bowling that they will,” said Dhoni.