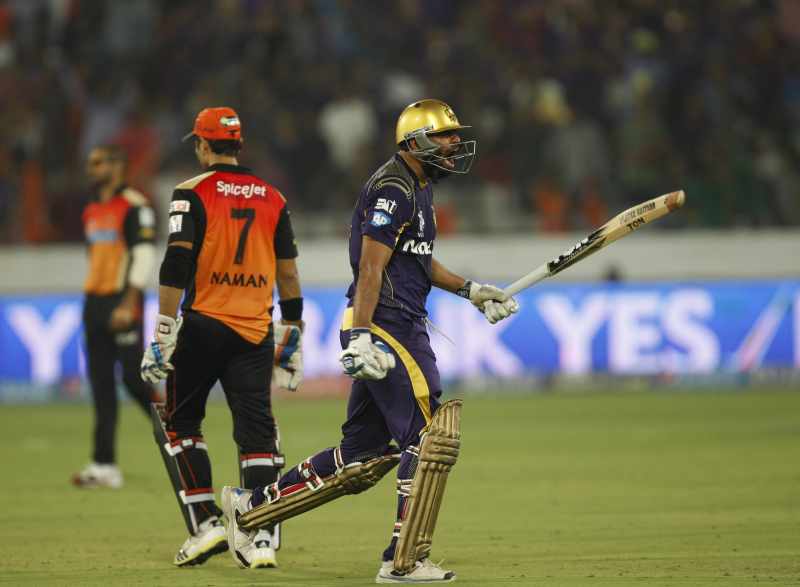 Often criticised for his failure to live up to the reputation of a big hitter, Kolkata Knight Riders’ batsman Yusuf Pathan Saturday hit back at his critics after scoring the fastest fifty in the Indian Premier League at the Eden Gardens here.

Pathan, who scored a 50 of 15 balls to break Adam Gilchrist’s record of 17 balls, powered KKR to the second spot on the points table and in the process humbled the Sunrisers Hyderabad by four wickets.

“People who criticise me don’t know what my ability is and how much hard work I put in. People can say anything they like but I know what I have to achieve, how far I can go and how many runs I can score in an over.

“I have studied before the exams; I back myself because I know how much effort I put in. I don’t care what people say about me, they are paid for what they say and I am paid for playing. So what critics are saying doesn’t bother me,” said the burly all-rounder who coming to the match had scored just 140 runs from 12 games.

With his team needing to chase down SRH’s target of 161 in 15.2 overs, Pathan said the only thing in his mind was to achieve that target and enable his team to qualify for the first qualifiers.

“The only thing in my mind was that we had to score 80 odd runs in six overs so as to come second in the points table. I was only thinking of scoring as much runs as possible to enable my team to reach the second spot which will allow us two opportunities to get into the final,” he said.

The 31-year-old who hit seven sixes and five fours dedicated his knock to his parents, fans and well wishers.

He also expressed his regret of not having team co-owner Shah Rukh Khan cheer at the stadium.

“I am sad that Shah Rukh Khan is not here, he must be busy with his work. But he must be happy watching us win on TV and I hope he is there to cheer us for the final,” Pathan said.