Australia Prime Minister Tony Abbott said on Wednesday he hoped to sign a deal this week to sell uranium to India for peaceful power generation, but halted uranium exports to Russia over Moscow’s role in Ukraine. 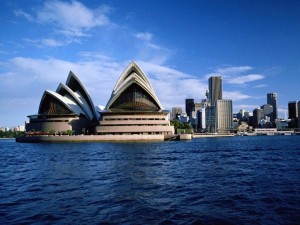 Work on an India-Australia agreement has been underway since Australia, which has 40 percent of the world’s known uranium reserves, lifted a long-standing ban on selling uranium to energy-starved India in 2012. Nuclear-armed India and Australia have been working on a safeguards agreement since then to ensure any uranium exports from Australia are used purely for peaceful purposes, the Reuters reported.

“I am hoping to sign a nuclear cooperation agreement that will enable uranium sales by Australia to India,” Abbott, who will visit this week, told parliament in Canberra.

Canberra had previously refused to sell nuclear material to India because it had not signed the Nuclear Non-Proliferation Treaty (NPT). Asked what steps had been taken to ensure there were appropriate safeguards, Trade Minister Andrew Robb said the government had satisfied ourselves that the steps are in place, the report said.

“The negotiations and work that’s gone on between authorities in India and Australia have gone on for some years to develop a bilateral nuclear cooperation agreement which meets the international requirements and we are satisfied, our officials are satisfied, that all the requirements have been met,” Robb told ABC radio.

Russia is accused of backing pro-Russian insurgent groups battling the government in Kiev.

“There will be no uranium sales to Russia until further notice and Australia has no intention of selling uranium to a country which is so obviously in breach of international law as Russia currently is,” Abbot told parliament.

Australia and Russia signed a bilateral agreement in 2007 enabling uranium exports. Only a small trial shipment of less than a hundred tonnes uranium has been shipped to Russia.

Australia’s decision to overturn it long-standing ban on uranium sales to India followed a landmark U.S. agreement to support the civil nuclear program in India, seen by Washington as an economic and geopolitical counterweight to China.