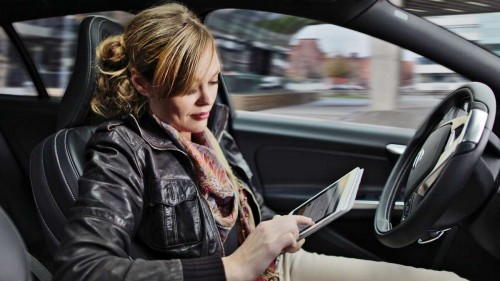 Driverless cars could become affordable to most people within 10 years, Australian researchers said .

Curtin University associate professor Ba Tuong Vo said his team has developed an “autonomous car” that can drive in a straight line and sense what is around it, Xinhua reported.

“The next step is to give it a ‘brain’ or the computer systems which can tell how to react to what is around it and also what to do when an object comes in its path,” Vo told the Australian Financial Review.

According to their study, a dozen different sensors could be installed on the average car as the “eyes and ears” and an algorithm would process the large amount of data received.

“Our goal was to use affordable sensors, radars, lasers and computer technology that is already available on the market, so the car is more likely to be accessible for people, unlike the small number of driverless cars that currently exist costing hundreds of thousands of dollars each,” Vo said.

However, Vo said developing an affordable driverless car posed a challenge because it involved giving the car total control of all functions, unlike current driver-assist technology that focuses on one purpose, such as alerting the driver when the car drifts out of a lane.