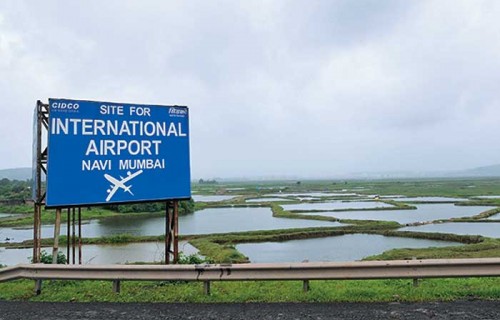 The central government has cleared a major hurdle in the development of the country’s largest greenfield airport coming up here, an official said.

The ministry of civil aviation has approved the regulatory regime of “Shared Till” for the upcoming Rs.15,000-crore Navi Mumbai International Airport (NMIA), in adjoining Raigad district.

This followed intervention by Chief Minister Devendra Fadnavis who was in New Delhi Sunday.

“Under the ‘Shared Till’ approach, the operator will retain a percentage of non-aeronautical revenues generated from commercial activities like shops, concessions in terminal building, renting out parking lot, which enhances long-term project viability with attractive private participation through the PPP mode,” Mohan Ninave, chief spokesperson for CIDCO, which is implementing the airport project, told IANS here Monday.

In airports worldwide, Single Till, Double Till and Shared Till mechanisms exist with the trends moving towards the ‘Shared Till’ which ensures project viability, protects investors’ interests and ultimately facilitates world-class facilities to flyers at the airport.

“NMIA, which will be operated in a highly competitive environment with the existing Chhatrapati Shivaji International Airport (CSIA) across the harbour, would not be able to sustain unless a similar regulatory regime is permitted to ensure a level playing field,” the spokesperson said.

“As CSIA and the proposed NMIA would exist as the first-ever multi-airport system in India freely competing among each other in a free-market environment without any traffic allocation, the key concern expressed by the prospective bidders was the confusion on the regulatory framework, which has now been clarified,” explained the spokesperson.

This was a prerequisite demand from prospective bidders making NMIA’s regulatory framework at par with CSIA Mumbai and ensure successful implementation of the project, planned on Design, Build, Finance, Operate Transfer Basis (DBFOT) through PPP mode.

CIDCO commenced the bidding process in February 2014, followed by a pre-qualification conference in April which was attended by Tata Realty, GMR, GVK, IL&FS, Essel Infra, Ferrovial, Zurich Airport and Vinci.

With this biggest stumbling block removed, the bidding process will continue and the next date for tenders is fixed at Jan 28, 2015.