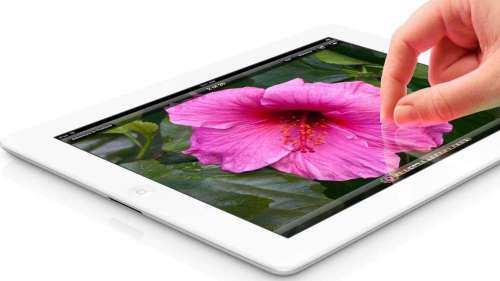 Apple  unveiled its new iPad Air 2 calling it as the “world’s thinnest tablet” along with the new iPad Mini 3 while introducing its new Mac operating system, Yosemite X.

The iPad Air 2 also features an 8-megapixel iSight camera and a new-generation A8X chip, which has 3 billion transistors.

Schiller said that for the first time on an iPad, you can take do time lapse and slow-motion video.

Both the Mini and Air incorporate a Touch ID fingerprint sensor for security, a feature that has been available on iPhones since last year.

Cook said 500 banks and many of the largest retailers in the world have agreed to support the Apple Pay digital payment system, which is already available on the new iPhone 6 and 6 Plus.

“It’s been an incredible year and tremendously busy already,” Cook said claiming the new iPhones were the fastest-selling in Apple’s history.

“This is the strongest lineup of products Apple has ever had,” he added.

Craig Federighi, senior VP of Mac Software Engineering, also touted the new features of iOS 8 and its new Mac operating system, Yosemite, calling them the “most advanced operating system on the planet.”

“What really sets iOS apart is the incredible technologies it puts in the hands of our developers,” Federighi said.

Schiller also announced that the high-resolution Retina 5K display is coming to the iMac, saying Apple has built an “iMac with the most incredible display we’ve ever made.”