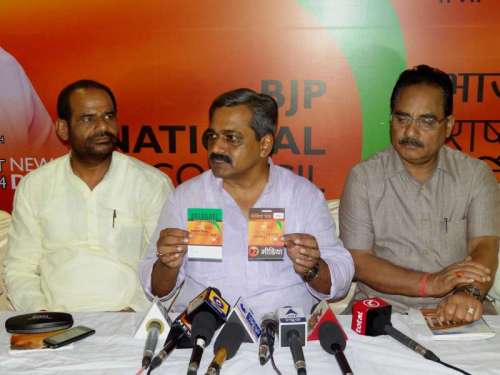 Delhi’s Lt Governor Najeeb Jung has sought President Pranab Mukherjee’s approval to invite the BJP to form a government in Delhi and says he will ask it to prove its majority within a week.

“I shall be grateful if the president grants approval to invite the Bharatiya Janata Party, that is even today the single largest party in the legislature, to (explore) their interest in forming the government,” Jung said in a letter to the president made public Tuesday.

The letter from Jung, dated Sep 4, was submitted by the central government to the Supreme Court Tuesday.

“Should the BJP agree, I would ask them to demonstrate their strength to form a stable government on the floor of the house within a stipulated time frame, possibly one week,” Jung said.

“(The) future course of action can be determined after taking into account the response of the BJP,” he added.

Jung said he had not recommended the dissolution of the Delhi assembly after the Arvind Kejriwal government’s resignation in February as “it would not be in the interest of the public to hold elections in such a short time after the elections of December 2013”.

Kejriwal’s Aam Aadmi Party is demanding fresh elections in the national capital, saying no party commands the adequate strength to form a government in the 70-member assembly whose effective strength now is 67.