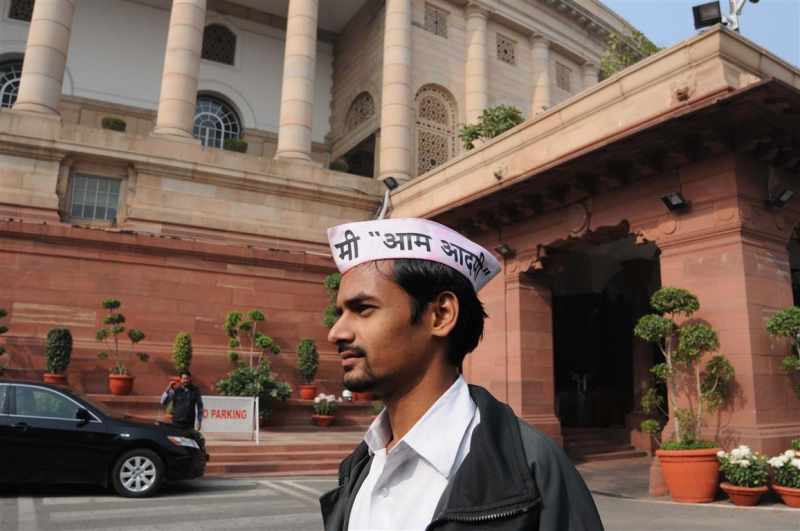 AAP leader Manish Sisodia Friday said the letter he wrote to party colleague Yogendra Yadav the day before was part of discussion, and underplayed the AAP infighting, saying these things happen in a party.

“It was part of discussion. These things happen in a party and everything will be sorted,” Sisodia said after the letter he wrote to Yadav was leaked.

In the letter Thursday, Sisodia criticised Yadav for bringing his internal fight with another party leader before the media and public, tainting the party’s image.

In the letter, Sisodia said: “In the last 15 days, there has been an intense fight between you and Naveen Jaihind. However, it is very sad that you have bought the fight in front of the public and the media, because of which the party’s image is getting tainted.”

Sisodia said that since Yadav could not take disciplinary action against Naveen Jaihind, he dragged Aam Aadmi Party chief Arvind Kejriwal into their personal fight and put him in bad light.

“It is also shocking that in your (Yadav’s) email you have alleged that Arvind Kejriwal doesn’t listen to the political affairs committee’s (PAC) suggestions. As long as Arvind listened to you, he was nice, but now he is not,” Sisodia questioned Yadav.

Earlier May 31, Yadav resigned from the membership of the party’s PAC, taking responsibility for the AAP’s poor performance in Haryana in the Lok Sabha elections.

Naveen Jaihind, who is also a prominent face of the AAP in Haryana, also resigned from the membership of the national executive committee.

Sisodia said that even though the PAC members did not want Yadav to fight polls from Gurgaon in Haryana, it was Kejriwal who had supported him.

Sisodia also blamed Yadav and other members (not naming anyone) for the defeat of the Aam Aadmi Party in the Lok Sabha polls.

“Arvind was against fighting the Lok Sabha polls, he just wanted to concentrate on the politics in Delhi. But it was you and a few other members who wanted to fight. The result is now in front of us,” wrote Sisodia.

The AAP performed very poorly in the Lok Sabha polls and could just win four seats in Punjab.