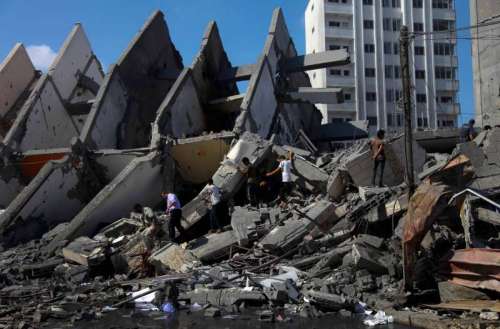 US Secretary of State John Kerry arrived in Cairo  to participate in a conference aimed at raising funds for the re-construction of the war-torn Gaza Strip.

Senior officials from 50 countries will also attend the talks.

The conference targets collecting financial aid to reconstruct Gaza and the Palestinian government calling for $4 billion in funds.

Sisi will highlight Egypt’s commitment to the Palestinian cause in general and particularly the safety and interests of civilians living in the Strip.

Egypt has mediated indirect ceasefire talks between Palestine and Israel after the enclave endured the Israeli offensive in June.

The Israeli military operation killed nearly 2,200 Palestinians, mostly civilians, while attacks by Gaza militants killed 73 on the Israeli side.