The centre has decided to order a CBI probe into the death of union minister Gopinath Munde in an road accident here June 3, a top BJP leader said here Tuesday. 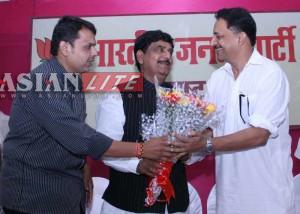 “Home Minister Rajnath Singh called me this morning (Tuesday) and discussed last week’s accident in which Munde lost his life. Rajnath Singh informed me that the CBI would probe the incident,” Bharatiya Janata Party leader and Leader of Opposition in the Maharashtra assembly Eknath Khadse said in a statement here.

He said Rajnath Singh informed him that the official orders to the Central Bureau of Investigation (CBI) would be issued in three-four days.

Thousands of supporters and BJP activists had vociferously demanded a CBI probe into his death during Munde’s funeral in his home district Beed last week.

Munde, 64, was killed June 3 when he was proceeding from his home to the New Delhi airport to catch a flight to Mumbai. He was scheduled to go to Beed and address a victory rally after taking over as minister.