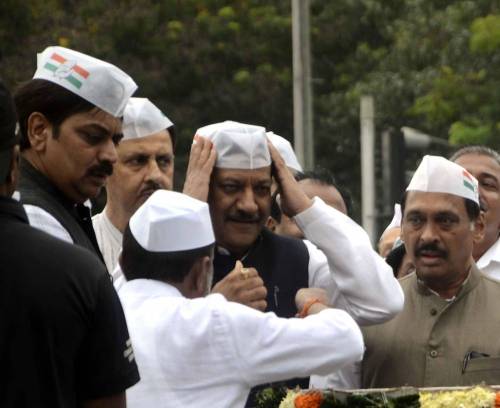 A day after the NCP called off its alliance with the Congress in Maharashtra and withdrew from the government, Maharashtra Chief Minister Prithviraj Chavan submitted his resignation to Governor C.V. Rao.

The Nationalist Congress Party’s (NCP) move, which came weeks before the assembly elections slated Oct 15, had reduced the Congress-led Democratic Front government to a minority.

The Nationalist Congress Party (NCP) announced Thursday it was calling off its 15-year-old alliance with the Congress in Maharashtra and pulling out of the Congress-led state government.

“We have decided to chart our independent path along with some secular-minded parties,” state NCP chief Sunil Tatkare told the media.

The announcement came shortly after the Bharatiya Janata Party (BJP) ended its 25-year-old alliance with the Shiv Sena, one of whose leaders said that the BJP had a “secret understanding” with the NCP.

The NCP-Congress divorce came after weeks of bickering over seat-sharing for the Oct 15 assembly elections.

NCP leader Praful Patel expressed regret over the Congress’ failure to finalize a seat sharing arrangement with the NCP and other secular parties even two days before the deadline for nominations Sep 27.

“We kept hearing from the media and unofficial channels about the number of seats the Congress was willing to offer us,” he said.

“Officially, there was only one occasion when they offered us 124 seats, which we rejected as we demanded 144 seats.”