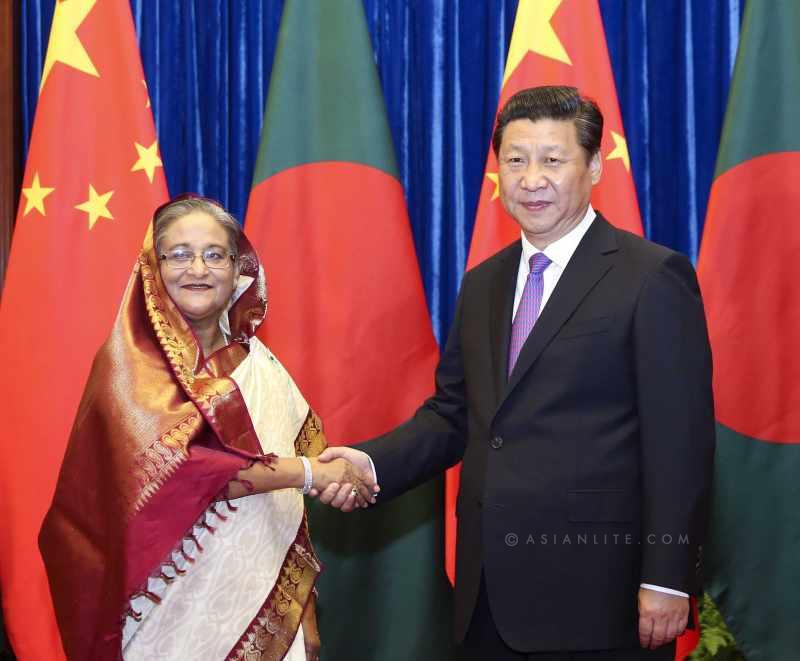 “Bangladesh is an important country along the Maritime Silk Road,” Xinhua quoted Xi as saying during the meeting, noting that China welcomes the Bangladeshi side’s participation in the construction of the Silk Road Economic Belt and the 21st Century Maritime Silk Road, while pushing ahead with the economic corridor.

The moves will help to build a community of shared interests between China and Bangladesh, and benefit the people of the two countries and the region at large, the Chinese leader said.

Echoing Xi’s proposal on the belt and maritime route, Wajed said the four-nation economic corridor is of great significance for the development of South Asia and that her country will play an active role in its construction.

The two sides, a joint statement said, recognised that the development of the corridor would constitute an important vehicle to complement various regional connectivity initiatives and provide an important avenue for strengthening cooperation and sustainable development.

China and Bangladesh agreed to remain actively engaged towards the development of the corridor along with other countries, and expressed their hope of realising mutually beneficial and result-oriented cooperation among the four countries, said the statement.