When diagnosed with breast cancer in August 2012, Dr Anneela Saleem thought that her world had crumbled. After two years, Dr Saleem, a GP in Greater Manchester, shares her two years of intimate moments with cancer in her soon to be released book –‘Moving On—ABC (After Breast Cancer)’. 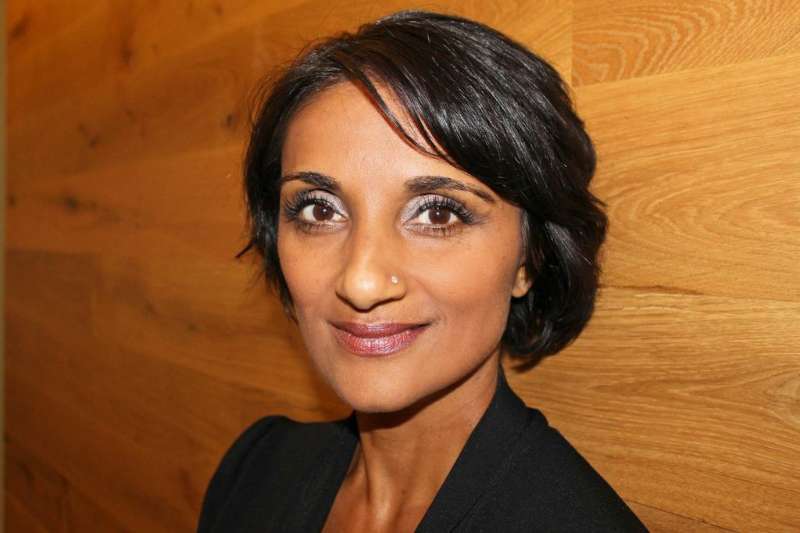 Back to her routine of taking charge of her personal as well as professional life, Dr Saleem conquered cancer to be gifted with a new lease of life which she calls her second innings; one she intends to live better and focus more on her self-development.

Cancer has opened my eyes and taught me to become more aware of things around me. My perspective towards life has changed,” she said adding, “Earlier, I was racing against time and living my life on a fast lane. I was busy in strengthening my financial security but now,  I’ve slowed down and make sure that I give time to myself which is key to good health,” said the mother of two sons.

Giving a glimpse of what it meant to encounter a disease that is believed to be incurable, Dr Saleem who has battled her illness says that when you feel that you can do something to overcome the disease, “it makes you feel like you have regained some control”.

As she shared her journey through cancer, Dr Saleem who is one of the six children born to Pakistani parents, said: “That month, we had planned for a holiday and it was just four days before our vacation that I had a mammogram and biopsies of lumps on my right breast.

Whilst away on holiday, “I kept telling myself that everything is going to be fine as I was fit and healthy then. After a few days, when I visited my doctor again, from his facial expression, I knew straightaway that something was wrong,” she said.

Quoting the consultant, Dr Saleem said, “’I’m afraid, you’ve got a solid tumour’. I still remember those words. It was devastating; my two sons were too young to understand and I had just met my new partner.” Dr Saleem spent five years from 2004 to 09 in Australia where she gave birth to two sons.

In 2009, she separated from their father and returned to the UK with her sons—Jamal, who was then two-years-old, and five-weeks-old Omar. “It was a very difficult phase of my life. After those trying times, I got my feet back on track and started working again as a GP.

“It was six months after meeting her husband David who’s also a GP that I was diagnosed with breast cancer. It was a big shock to me and my family but again, I was desperate to have the mastectomy to get rid of it,” the 44-year-old doctor, said.

Before she could even draw her breath, Dr Saleem had to go through several tests and medical investigations.

“I had five lumps on my right breast. Luckily, the lymph nodes were clear. It was very upsetting especially worrying about my children who were only three and five years old then. She knew the hospital was right and she finally told her sons who were wondering what was wrong. “I took the help of books which explained about cancer with illustrative examples. I don’t know how much they understood but it was the right thing to do,” she explained.

During those difficult years of her life, she was completely exhausted. “It was shocking every time I looked into the mirror. I felt that I had lost my personality and felt dreadful especially when I started to lose my hair and eyebrows,” said Dr. Saleem with a pause.

After five hours of operation and six cycles of chemotherapy stretching over a period of four months, she struggled to handle both physical and emotional sides. “One of the major impacts after the treatment was the state of mind. Like many cancer patients, I too felt lost. As other breast cancer survivors, I think there is a delayed reaction and it hits you afterwards,” she said. But, on a positive side, she gives credit to her relationship where she discovered David to be a “genuine person”. “Every cloud has a silver lining,” she chuckles.

After the treatment, Dr. Saleem resumed her work but her health condition didn’t permit her to work for long hours. “I started to work as a locum GP again which gave me time to build up my energy levels and immune system.

“I started to eat food which contained optimal nutrition; avoided processed food and ate less meat. I started eating more organic food, fruits, vegetables, lentils and fish. But, juicing gave me the energy that I needed,” she said.  However, she warned about some of the information on the internet which could sometimes be “misleading” even harmful. There is so much information that can be difficult to know what to believe, being a doctor helps though.

Stressing on the practise of yoga and meditation, Dr Saleem said, “People need to go back to a healthy lifestyle and mindfulness to help reduce stress and illnesses.”

She suggests that after care facilities should be available so that they can help people to deal with all kinds of difficulties after cancer treatment such as emotional stress, fatigue, family and financial issues. “It should also help people to cope with the changes in their bodies especially after the treatment,” she added.

And, for those who have a creative mind, creativity itself can be helpful like in the case of Dr Saleem. “I had never thought of writing a book but today, writing has been therapeutic for me and I have learnt so much to help myself and others in my situation. If you can change your mindset, you can have control over things,” she concluded.