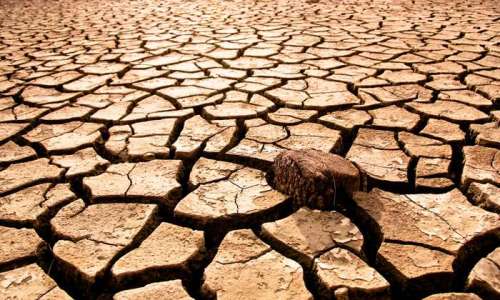 Drought-like conditions are forcing villagers residing along the India-Pakistan border in the desert state of Rajasthan to migrate in search of greener pastures. If local NGOs are to be believed, over 100 villages situated in Barmer district are facing a severe water and fodder crisis.

“Much of the population living in this part of the state is dependent on animal husbandry. With no water for them to drink, forget about the animals, and no fodder to feed to the livestock, the villagers have been forced to migrate to nearby Jaisalmer and parts of Gujarat and even Maharashtra in some cases, leaving their cattle in the villages at their own mercy,” Ritesh Sharma of Jaipur-based NGO Legalmitra which is working for the last couple of years in Barmer district, some 530 km from the state capital, said.

The state government says it can act only after receiving a crop assessment report from the district magistrate, who is due to return from leave on Wednesday.

Kacra Khan, a resident of Lakidaylai village, while flaying the state and the union governments for doing nothing, said “I really do not understand why the government is unable to see our cattle dying and people migrating in search of food, water and work.”

Ali Khan of Ajbani village has already shifted to the Mohangarh area in Jaisalmer district along with his family and cows, goats and sheep.

“What could I have done? The government is doing nothing. I am not the only one, a number of villagers like me have migrated to areas where we can find fodder for our animals,” Khan said.

Similarly Bhura Khan has migrated with his family to Gujarat.

“Oh, the situation is really critical. No one is helping us…we are seeing our cows die. There is nothing we can do, it is a pity,” Ganeshram Meghwal, a resident of Shobla village,said with tears rolling down his cheeks.

“I am completely dissatisfied with the government help in this hour of crisis; so I have decided to shift to Gujarat with my family. I cannot see cows dying in such a way,” Meghwal said.

In villages wherever this reporter travelled, he was told that on an average, three to five cows are dying daily.
Barmer district, on an average, receives 275-280 mm of rainfall every year. This year, the majority of villages situated in the district received just 30-40 mm.

“Yes, it is true rainfall this year was scanty. Drought-like situation happens in parts of Jaisalmer and Barmer districts every second or third year. We are right now conducting a crop assessment survey that would be submitted to the state government on the 15th of this month after which relief works would start,” R.P. Mishra, the zila parishad head who is also holding charge as collector, said.

“The drought has really made life difficult for the people here. Till the crop assessment report comes, the government, on an ad-hoc basis should provide something as relief to the people living in these areas,” state Congress president Sachin Pilot said.

The situation has become so bad that villagers who are trying to sell their goats or sheep are not finding any buyers.