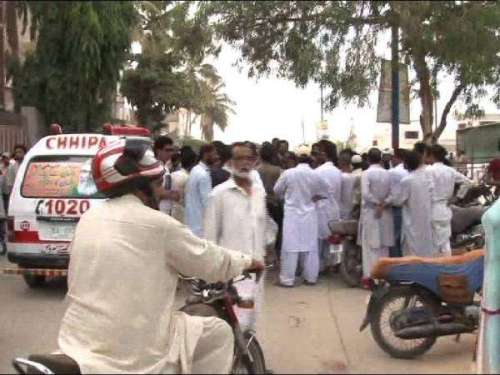 At least eight infants were found dead Tuesday in the intensive care unit of a public hospital in Pakistan.

According to sources, the infants were on ventilators which stopped working due to lack of oxygen in the cylinders at the District Headquarters Hospital of Vehari, Punjab province, Xinhua reported.

As the families of the children protested against the hospital administration over the deaths, a hospital official said the infants died a natural death as the empty oxygen cylinders were replaced immediately.

Chief Minister of Punjab Shahbaz Sharif has taken note of the incident and sought a report from the provincial health secretary.

Pakistan’s infant mortality rate is one of the highest in the world mainly due to a lack of amenities at hospitals.

According to Save the Children, an NGO, 200,000 babies die every year in Pakistan in the first one month of their birth.

This puts Pakistan far behind in achieving the United Nations Millennium Development Goals which call for reducing infant mortality by 2015.