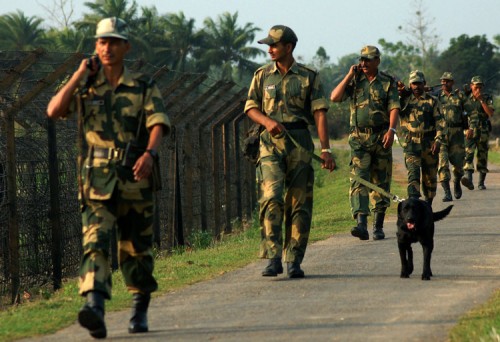 Nearly 2,000 km of fencing along the India-Pakistan border has been put in place even as cases of cross-border infiltration are rising, Minister of State for Home Affairs Kiren Rijiju said .

In a written reply in the Rajya Sabha, Rijiju said that in order to prevent infiltration and cross border illegal activities, the central government had sanctioned fencing along the India-Pakistan border in four states – Jammu and Kashmir, Punjab, Rajasthan and Gujarat.

In Gujarat, of the sanctioned 340 km, 78.72 km of fencing is pending as the stretches are located in marshy or water-logged areas, the minister said.

“The executing agencies are deploying improved technology to fence the remaining stretches which can withstand the terrain and weather conditions,” Rijiju said.

Meanwhile, cross border infiltration from Pakistan has risen constantly in the past three years, Rijiju said in a separate reply.

The data provided by the minister showed that 317 cases of infiltration along the India-Pakistan border took place in 2011 in which 86 people were arrested and 50 were killed by security agencies.