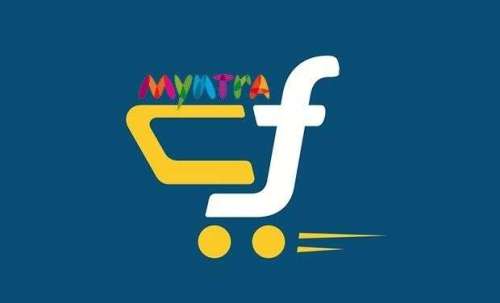 India’s largest e-retailer Flipkart apologised to millions of its customers a day after its promises of bumper discounts and offers of unbeatable prices on orders placed for plethora of products came a cropper.

“We failed to live up to this promise yesterday (Monday) and would like to apologise to every single customer for our failure,” the city-based e-commerce major said in a mail to all its registered users, many of whom were outraged over its deceptive offers, its portal crashing for hours during the day-long special sales and rejections owing to stocks flying out of shelf in minutes.

Admitting that the company did not live up to the promises made, its co-founders Sachin Bansal and Binny Bansal said though it was a big day for them, they were sorry that the customers’ experience was less than pleasant.

“We are unhappy that we were unable to live up to the expectations of millions who wanted to buy from us and this is not acceptable to us,” the co-founders jointly acknowledged.

Noting that the company had worked hard over the last seven years to earn the trust of its customers, Bansals accepted they had failed the trust reposed in them.

“We have learnt some valuable lessons from this (failure) and have started working doubly hard to address the issues that cropped during the sale,” the co-founders said.

Claiming that a record 1.5 million people shopped on its portal, showing unprecedented interest in its products, the company accepted it was not adequately prepared for the sheer scale of the event.

“We didn’t source enough products and deals in advance to cater to your requirements. More over, the load on our server led to intermittent outages, further impacting your shopping experience on our site,” the Bansals admitted.

Referring to the frequent changes in prices on several products that were on sale, the company said the pricing got changed to their non-discounted rates for a few hours.

“We realise that this breaks the trust our customers have put in us. We are sorry for this and will ensure that this never happens again,” the co-founders reiterated.

Similarly, the company claimed that many of its products ran out of stock within minutes after sales began at 8 a.m., because most of its special deals were sold out as soon as they went live.

“Though we had ensured availability from hundreds to a few lakh units for various products, it was nowhere near the actual demand. We promise to plan much better for future promotions and ensure that we minimise out-of-stock issues,” the company said.

On cancellations, the company said owing to large number of shoppers buying specific products simultaneously, order for some of them got over-booked though they were sold out a few seconds ago.

On its website crashing, the co-founders regretted that millions of its customers had frustrating experience due to technical errors and its (website) unavailability for hours despite deploying about 5,000 servers and preparing for 20 times traffic growth.

As the volume of traffic was much higher than we estimated, we regret that millions of our customers had frustrating experience while shopping for the special sales,” the Bansals added.

As Monday’s date — Oct 6 or 6.10 coincided with 610, the flat number from where the co-founders began their journey in 2007 to float the country’s first e-commerce start-up, Flipkart offered a host of products and gadgets on “huge discounts” to mark the “Big Billion Day”.

The company Monday claimed that its website had a billion hits and sold products worth $100 million (Rs.615 crore) in 10 hours though millions of its buyers felt cheated on discounts, as prices quoted were higher than it promised and several products it splashed in advertisements online/offline across the country disappeared from its website in no time.