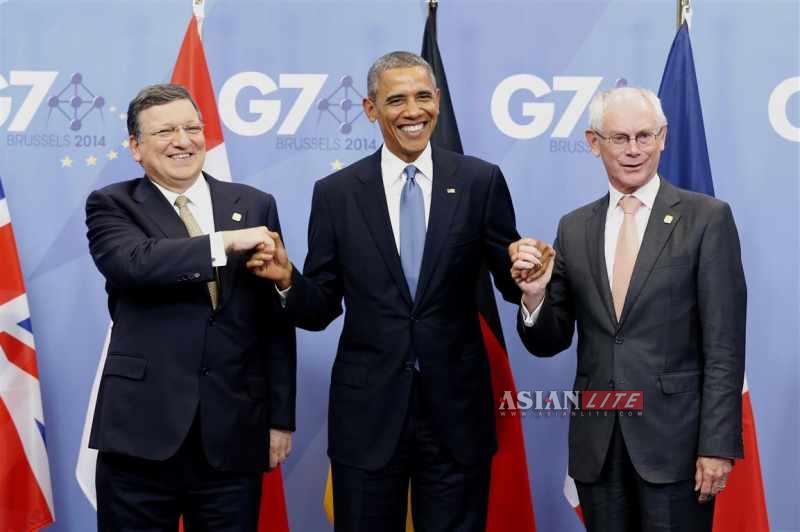 Group of seven (G7) leaders on Wednesday threatened to intensify targeted sanctions against Russia if it fails to complete troop withdrawal from the Ukrainian border.

“We stand ready to intensify targeted sanctions and to implement significant additional restrictive measures to impose further costs on Russia should events so require,” Xinhua quoted a statement issued after the first day meeting of the G7 summit as saying.

“We commend the willingness of the Ukrainian authorities to continue the national dialogue in an inclusive manner,” it said.

The G7 countries urged Russia to recognise the results of the Ukrainian election, complete the withdrawal of its troops from the Ukrainian border, stop the flow of weapons and militants across the border and “to exercise its influence among armed separatists to

lay down their weapons and renounce violence”.

Russian presidency. The G7 leaders, however, decided to meet in Brussels in the G7 format

Ukrainian authorities and some Western countries denounced the referendum as “illegal”. The US and the EU have initiated rounds of sanctions on Russian individuals and entities in connection to the Ukraine crisis.

Apart from the situation in Ukraine, the leaders of Canada, France, Germany, Italy, Japan, Britain, the US as well as the EU also discussed the global economy, energy, climate change and development.