The war in Gaza ended on Tuesday after aand the Palestinians agreed to halt fighting indefinitely, putting an end to seven weeks of catastrophic loss of life and destruction, but on terms which are likely to leave many on both sides of the conflict wondering what was achieved, a Guardin report said. 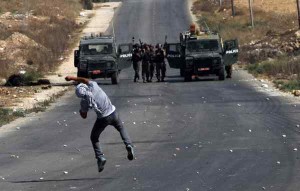 “Hamas and Islamic Jihad – the main militant groups in Gaza – the Palestinian Authority and Israel agreed on an open-ended ceasefire beginning at 7pm on Tuesday evening, bringing relief to civilians on both sides of the border. The Israeli army said in a statement on Wednesday that there had been no reports of violence since the ceasefire began.

“Rocket fire and air strikes had continued until the last moments, and sirens sounded across southern Israel past 7pm. Two Israelis were killed and several injured by a mortar shortly before the deadline, the Israel Defence Forces said. In Gaza two children were killed in an air strike in Khan Younis shortly before the ceasefire, and police reported that an Israeli air strike flattened a seven-storey building in Beit Lahiya, the sixth high-rise to be toppled since the weekend.

As the ceasefire came into effect Gaza echoed with celebratory gunfire and mosques announced victory through their loudspeakers. Tens of thousands of people took to the streets in response to text messages sent by Hamas urging victory celebrations,” the report said.

“But the terms of the deal – brokered by the Egyptian government, and reached on the 50th day of the conflict – appeared to be almost identical to those agreed at the end of the previous war 21 months ago. Israel will open crossings on its border to allow humanitarian aid and construction materials to enter Gaza, and will extend the permitted fishing zone to six miles off the coast of Gaza. The Rafah border crossing between Gaza and Egypt is also to be opened.

“More difficult issues will be deferred for further indirect talks between the two parties in a month. They include Hamas’s demands for an airport and seaport in Gaza and the release of Palestinian prisoners, and Israel’s insistence on the disarmament of militant groups and the return of the remains of two of its soldiers killed in the fighting,” the report said.

In a televised address the Palestinian president, Mahmoud Abbas, thanked the Egyptians, Qataris and US secretary of state John Kerry for their efforts to secure a ceasefire. He added: “The question is now ‘What’s next?’ Gaza suffered three wars and are we expecting another one? We will consult friends and the international community, and we can’t continue with cloudy negotiations.”

At a press conference at the Shifa hospital in Gaza City, Hamas spokesman Sami Abu Zuhri said: “Hamas is grateful to the people of Gaza who sacrificed their homes, children and money. We announce the victory today after achieving our goals.”

He added: “[Israeli prime minister Binyamin] Netanyahu has failed to force Gaza to surrender. Yes, we defeated them by our standing and our resistance. We will stand by our people and we won’t leave them.”

Israel accepted the ceasefire, although three cabinet members, including the hardline foreign minister, Avigdor Lieberman, voiced opposition, according to Israeli media. A government official said: “Israel has accepted an Egyptian proposal for a complete and unlimited-in-time ceasefire. Israel accepted already the Egyptian proposal on 15 July. Israel has always supported an unconditional, open-ended ceasefire.”

A US state department spokeswoman said: “We call on all parties to fully and completely comply with its terms, and hope very much that the ceasefire will prove to be durable and sustainable. We view this as an opportunity, not a certainty. There is a long road ahead and we’re aware of that, and we’re going into this eyes wide open.”