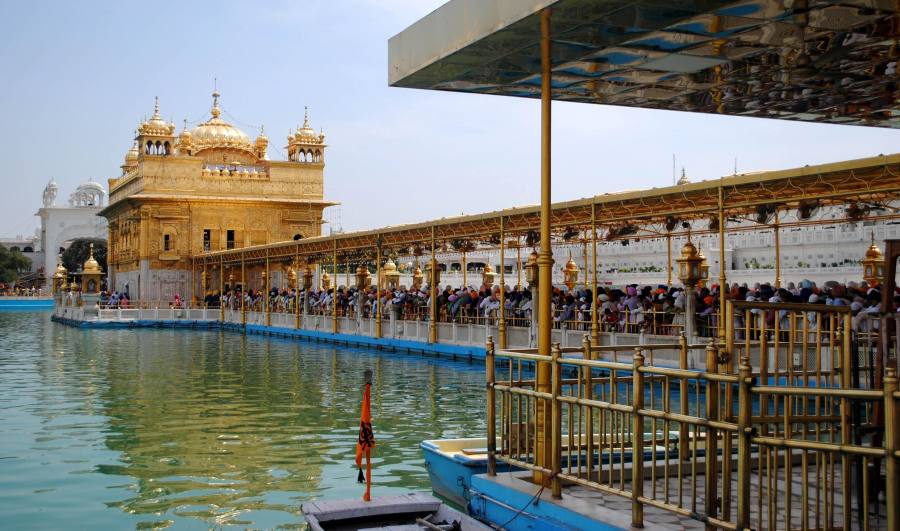 At least seven people, including a child, were injured in a clash between task force volunteers of the Shiromani Gurdwara Parbandhak Committee (SGPC) and radical Sikh activists Friday on the 30th anniversary of the army’s Operation Bluestar at the Sikh shrine complex here.

Swords and sticks were openly used as scores of men from both sides chased each other outside the Akal Takht building inside the complex, which is home to the holiest of Sikh shrines – `Harmandar Sahib’. Many people could be seen running for cover to save themselves.

Eyewitnesses said the clash occurred when activists of the Shiromani Akali Dal (Amritsar) were stopped by the SGPC task force volunteers from brandishing swords and other traditional weapons and raising pro-Khalistan slogans inside the complex.

This led to a clash between both sides just after the religious ceremony to commemorate the 30th anniversary of Operation Bluestar had ended Friday morning. Tension continued to prevail inside the shrine complex. Even media personnel were manhandled during the incident.

No uniformed police personnel were present inside the complex to intervene in or prevent the clash.

Top SGPC functionaries, including its president Avtar Singh Makkar, and Akal Takht Jathedar Gurbachan Singh were present inside the complex when the incident took place.

Heavily armed terrorists, led by separatist leader Jarnail Singh Bhindranwale, were flushed out of the Golden Temple complex by the Indian Army in its Operation Bluestar in June 1984. The then prime minister Indira Gandhi had ordered the army operation.

Punjab had witnessed a bloody phase of terrorism between 1981 to 1992 as separatists demanded a Sikh homeland – Khalistan (Land of the pure). The terrorism phase left over 25,000 people dead, including hundreds of personnel of security forces.