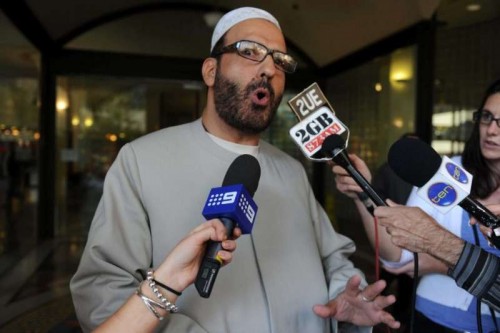 The gunman who has taken over 30 people hostage, including an Indian, in a cafe in the heart of Sydney Monday has been identified, media reported.

Man Haron Monis, the 50-year-old self-described cleric behind the siege at Sydney, is no stranger to the New South Wales police or the judiciary, the Sydney Morning Herald reported.

He first came to the attention of the police when he penned poisonous letters to the families of dead Australian soldiers seven years ago.

Last year, he was charged with being an accessory to the murder of his ex-wife and the mother of two.

Most recently, he was charged with more than 50 allegations of indecent and sexual assault relating to the time that he allegedly spent as a self-proclaimed “spiritual healer”, dealing with black magic, in western Sydney more than a decade ago.

Monis, who has also gone by the names of Sheikh Haron and Mohammad Hassan Manteghi, was born in Iran and has been living at Bexley North in south Sydney.

He recently likened himself on his own webpage to WikiLeaks founder Julian Assange, claiming that the recent charges against him have been laid for “political reasons”.

It is understood that Monday’s incident followed an unsuccessful, last ditch attempt in court Friday to have some of the charges overturned.

An Indian employee of Infosys Technologies was reported to be among the people held hostage in the attack, which has been condemned by Indian Prime Minister Narendra Modi.