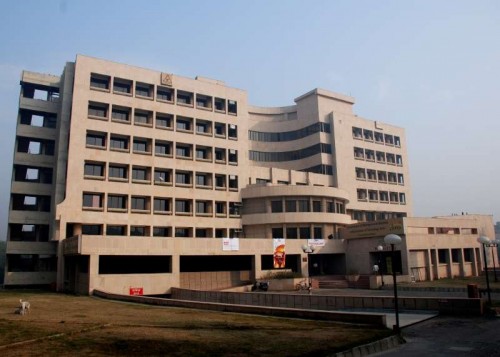 IIT Delhi director R.K. Shevgaonkar said he had resigned amid controversies over matters involving cricketer Sachin Tendulkar and BJP leader Subramanian Swamy even as the government sought to dispel reports that it had pressed him to quit.

“I have resigned,” Shevgaonkar told the media on the sidelines of an event here but refused to go into details.

Reports in a section of media mentioning alleged government pressure as a reason for Shevgaonkar’s resignation evoked a clarification from the the human resource development ministry which termed the news item as “factually inaccurate and incorrect”. Tendulkar and Swamy also slammed the news item.

The news report had said that Tendulkar was reportedly keen on cricket academy at the IIT ground but the cricketer denied this was true.

“I am appalled to read the stories that suggest some land has been asked from IIT-D for academy in my name,” Tendulkar said in a tweet.”I have not even planned any academy neither do I want any piece of land for any purpose.”

“Wish that basic facts are checked from me before publishing such fiction using my name,” he added.

Swamy said he was serving a legal notice on a newspaper after it reported that one of the reasons for the IIT director’s exit was pressure allegedly mounted by the central government on IIT to pay back dues to him.

The news item said that Swamy, whose services as professor were terminated in 1992 and were reinstated in 1991 following a court order, had been demanding his salary dues during the period with 18 percent interest which both the IIT and the ministry had initially rejected.

It also said that Shevgoankar was against any out-of-court settlement on the issue.

Swamy said in a tweet that his lawyer friend was “preparing a Contempt of Court petition against IIT Delhi Director and one BoG (Board of Governor) rmember.”

He alleged Shevgoankar had resigned as he was in controversy over a decision to set up an IIT Delhi-like institution in Mauritius.

In its clarification, the ministry dismissed the report that the IIT director had resigned owing to government pressure.

It said that Shevgaonkar’s resignation had been forwarded Dec 26 by the IIT Delhi chairman to the “appointing authority” for a decision. It also said that the decision will have to go to President Pranab Mukherjee for his approval as he is a Visitor to IIT Delhi.

The ministry also said there was no request from Tendulkar “for ground of IIT for running a cricket academy nor any instruction from the the ministry to provide the same” and the ministry has not forwarded Swamy’s request to IIT Delhi “nor given any direction to make payment of arrears”. It said the views of the department of personnel and training and finance ministry have been sought in the matter.

“The news item reported is factually inaccurate and incorrect and unnecessarily drags the ministry into issues where no direction has been issued by the ministry,” it added.

Swamy told Times Now news channel that the director does not come in the picture and the matter of arrears was between the government and the board of governors of IIT.

“The government would give the money and the board of governors would give me the cheque. That was it. In the meantime, the director was found to have, in 2011, gone quietly to Mauritius and set up an institute in the name of an affiliate of IIT Delhi,” he claimed.

An explanation was asked from the director, and, “in order to hide the facts that would certainly lead to termination of his directorship, he did it to make a political capital out of it”, he alleged.

Swamy also said that the then Congress government was against him and had terminated his services.