Colombia, a South American nation of 46 million, is known for its love of football. A lesser-known secret is its passion for Bollywood – one of India’s dominant cultural forces – which has triggered a sort of cultural invasion in a country thousands of kilometres away. 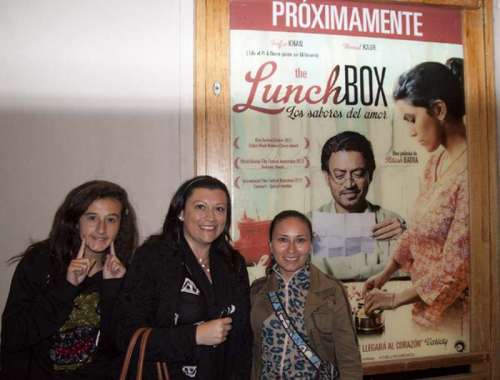 With romantic and dramatic themes, foot-tapping songs and emphasis on family values, Bollywood has conquered the hearts of Colombians, who are one of the biggest fans of Indian movies in Latin America, say Bollywood enthusiasts from that country.

“Bollywood films find a suitable ground in Colombia because of the things we have in common. For instance, we, like Indians, are not an individualistic-oriented society,” Roberto Restrepo, a Colombian documentary director-producer, told IANS from capital city Bogota in an e-mail interaction.

“For us, family is more important than individual interests. We share such values, and so Colombians find it appealing to see them on screen, and they are usually displayed in Indian films,” said Restrepo, the director of “Jala – A Journey Through the Senses of Water,” a soon-to-be-released documentary on the Ganga river.

“The Indian film industry is gaining recognition in Colombia and movies from India get a lot of attention. Many people in Colombia are aware of the Bollywood style of storytelling,” Salamanca told IANS.

Amigos de India, which has support from the Indian embassy, aims to promote friendship between India and Colombia.

“We are working to bring more Indian movies to Colombia by next year,” Salamanca said.

Asked about the cultural influence of Indian films, Claudia Vega, co-founder of Amigos de India, felt Bollywood – filled with themes of joy and love – not only “offers an escape mechanism to a weary audience” but can also contribute in re-igniting love for family values.

“In the past five-six years, Bollywood has started to gain more and more fans in Colombia. A few local channels also telecast Bollywood movies. Colombia can be a good taker for Indian movies because of family values shown in them,” Vega told IANS.

Katherine Z. Cristancho, a passionate proponent of Bollywood-style choreography, said: “For most Colombians, Bollywood is a magical world where there is only joy and love.”

“The themes, specially romantic dramas and musicals, have a mass following among the younger generation,” Christancho, a fan of Kajol and Rani Mukherjee, told IANS.

The popularity of Indian cinema in Colombia has shot up noticeably in the past few years. Despite a small Indian diaspora of 250, these films are receiving an overwhelming response. This is reflected in the fact that 15 Bollywood films were screened at the 2007 Bogota International Film Festival.

In 2009, India was the guest of honour at the same festival. In August, an exclusive premiere of Irrfan Khan starrer “The Lunch Box” was organised in Bogota by Amigos de India.

Besides, Colombians like Bollywood movies for their music and dance.

More and more Colombians are also getting attracted towards Bollywood-style dance, Christancho said.

She said the genre is a hit with Colombian girls because of the “typical choreography, full of gestures and sentiments”.

Natalia Giraldo Serrano, a Colombian Bollywood dancer-cum-teacher who goes by her artistic name of Shanti Svadasi, said she gets a steady flow of students keen on dabbling in the fusion art of Bollywood dance.

“Bollywood dances give Colombian girls an opportunity to enjoy their femininity with something different from belly dance, something in which they feel beautiful and flirty without having to feel sexual,” Serrano said.