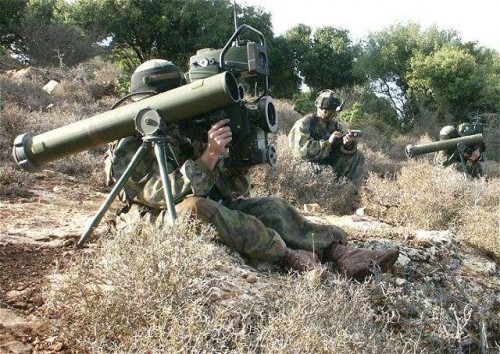 Spike missiles were chosen instead of the US’ Javelin missiles, for which Washington had lobbied hard.

The decision was taken at a meeting of the Defence Acquisition Council (DAC) Saturday which was headed by Defence Minister Arun Jaitley.

According to highly placed sources, the minister said “national security is of paramount concern for the government” and “all hurdles and bottlenecks in procurement process should be addressed expeditiously so that the pace of acquisition is not stymied”.

The other proposals cleared by the DAC include manufacturing six conventional submarines worth over Rs.50,000 crore.

The Request for Proposal (RFP) will, however, be open for “compliant yards”, ministry sources said.

The government aims at manufacturing all six submarines in the time frame of a year.

These submarines will be Air Independent Propulsion (AIP) capable that will enable them to stay underwater for longer and will have features including stealth and attack cruise missiles.

A committee will be set up by the DAC to decide on the shipyards that will be issued RFPs for these submarines which will study both public and private shipyards over the next 6-8 weeks.

All six submarines will be made in one shipyard.

The navy will also get 12 more Dornier aircraft. These will be built by the Bangalore-based defence public sector unit – Hindustan Aeronautics Limited – at a total cost of Rs.1,850 crore.

Dorniers are used for maritime surveillance and the navy has a fleet of 40 of these aircraft.

The order for production of 363 infantry fighting vehicle BMP-2 for army units from the Ordinance Factory Board has also been approved.

Another army proposal worth Rs.662 crore for buying radio relay containers has also been approved.

It also includes acquiring 1,768 critical rolling stock – open and closed wagons for transport of military equipment at a cost of Rs.740 crore.