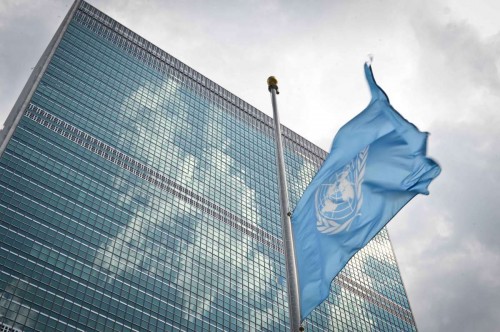 India has criticised the decision-making process of the Security Council, saying it disregards the voices of non-members while acting on matters important to them.

Speaking at the Council Tuesday on UN-African Union (AU) partnership in peacekeeping operations, India’s Acting Permanent Representative Bhagwant S. Bishnoi regretted that “it may be infructuous for us to express our views” if the Council acts “before opening the floor to non-members”. He was referring to a statement adopted by the Council on cooperation between the UN and AU even before the nations that were deeply invested in peace-keeping in Africa got a chance to speak in the open debate on the issue.

“While we greatly appreciate the tradition of organizing open debates,” Bishnoi said, “we cannot but question the utility if this practice of hurriedly adopting outcomes is continued”.

“We have considerable experience in this field,” he said. “We, therefore, feel we are well placed to comment on the subject at hand.”

As of November, India had 8,141 personnel under the UN’s blue flag, 7,077 of them troops, 62 military experts and 1,002 police and most of them serve in African operations. Security Council decisions on peace-keeping in Africa would impact the Indian contingents serving there.

Bishnoi referred to a recommendation made by a panel on UN-AU cooperation that was headed by former Italian prime minister Romano Pardi that proposed that the UN fund AU peacekeeping operations for six months and with the approval of the Council and the General Assembly bring the AU missions under UN management within six months. He said India’s recommendation to the Council would be to ask Secretary-General Ban Ki-moon to draw up roadmap for implementing Pardi Panel recommendations.

While regional arrangements can help the UN in peace-keeping, the world body should continue to have the primary role, he said. The regional organization’s role “must be to reinforce rather than to replace that of the UN”. With the “regionalisation and subregionalisation of peacekeeping” he said, “We need to also start worrying if the impartiality of the UN forces is called into question.”

India has criticised the working of the Security Council which decides on vital international issues like peace-keeping operations for its lack of transparency and accountability, and for not being open to ideas from other UN members.

There is a universal demand for reforming the Security Council, which has 15 members, five of them permanent with veto powers and the rest elected, to ensure wider global representation.